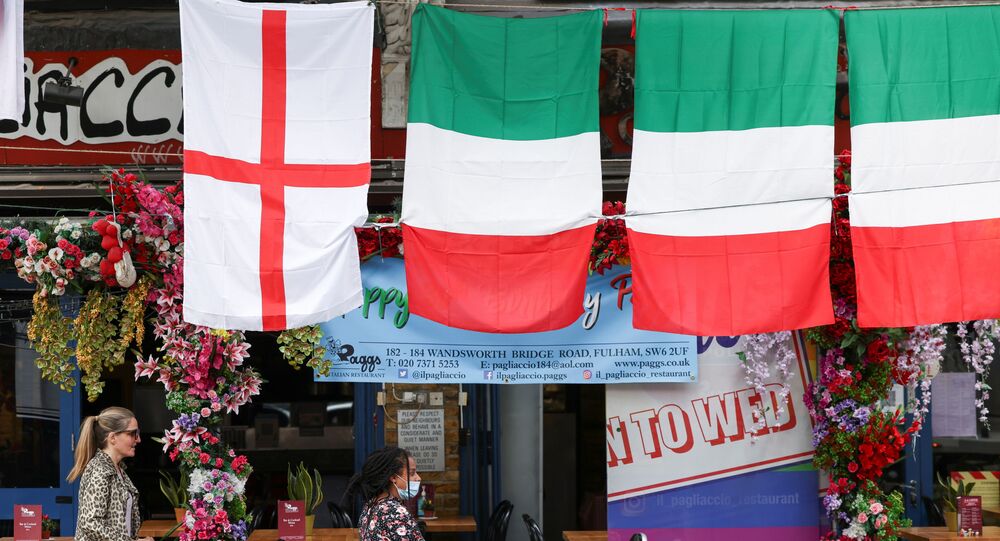 How Much Will UEFA Pay the Euro 2020 Champions?

The European Championship 2020 is almost over, but how much will each team earn from the tournament, and what does England plan to do with its spoils?

EURO 2020 has been momentous for England, who for the first time have reached the final.

The team’s path to Sunday's showdown with Italy has been relatively smooth – the Three Lions were unbeaten during the group stage, winning twice and drawing once before beating Germany 2:0 in the last 16, smashing Ukraine 4:0 in the quarter-final, and trumping Denmark 2:1 in the semis.

UEFA revealed that if a finalist wins every game in the tournament, including the three group matches, they will take home €34 million, compared to €27 million in 2016. Sadly for England, their draw against Scotland means the reward is already out of reach, but the Italians can still hit the jackpot with victory over Gareth Southgate's men.

Beyond the group stage, the remaining 16 teams receive €2 million, while the eight quarter-finalists get an additional payment of €3.25 million. The reward for reaching the semi-finals is an extra €5 million.

UEFA also said that the 2020 European champions will receive €10 million, while the runners-up will have to settle for €7 million.

England says it will donate a large chunk of the prize money to the National Health Service (NHS), in line with the charitable efforts of UK football clubs during the pandemic.

Liverpool FC captain Jordan Henderson spearheaded a campaign which ended up raising €4.6 million for the NHS as it struggled under the COVID crisis.

The England team made their intentions known last May, when they shared the following statement:

"Following positive discussions with the FA, the England senior men's squad are pleased to confirm that a significant donation from their international match fees will be made to NHS Charities Together via the #PlayersTogether initiative. This contribution will be taken from a fund already set aside to support a variety of worthy causes using all match fees collated since September 2018.”