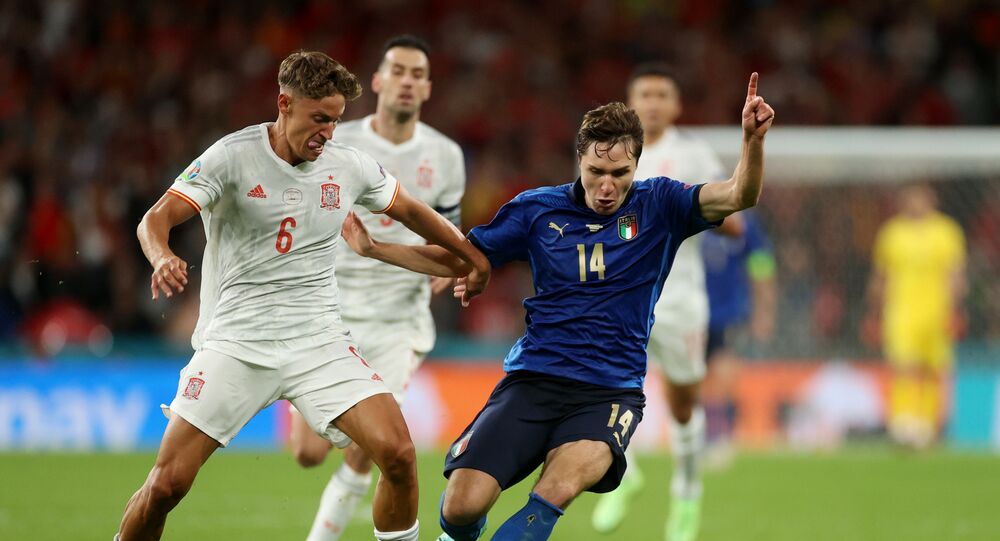 Before this decisive match, both the Italians and the Spaniards had never lost at this EURO, and the Italian national team is still going for the world record for the longest unbeaten run. Moreover, the current record belongs to the Spanish team, which in the period from 2007 to 2009 did not leave the field without goals for 35 games in a row.

The Italian national team players defeated the Spaniards in a penalty shootout on Tuesday and reached the final of the European Championship.

The regulation and extra time of the meeting, which took place at Wembley stadium in London, ended with a score of 1:1. In the 60th minute, the Italians took the lead after Federico Chiesa's accurate shot. The Spaniards in the 80th minute responded with a ball to Alvaro Morata.

In the penalty shootout, the Italian team turned out to be a little more precise - outduelling Spain 4:2.

The second finalist will be determined on Wednesday in a match between England and Denmark at the same Wembley stadium.

The current UEFA European Football Championship is being staged throughout the continent, with 11 host cities for the first time in its 60-year history, including London, St. Petersburg, Baku, Munich, Rome, Amsterdam, Bucharest, Budapest, Copenhagen, Glasgow, and Seville.

The final game between Europe's best national football teams will take place on July 11 in London as well.