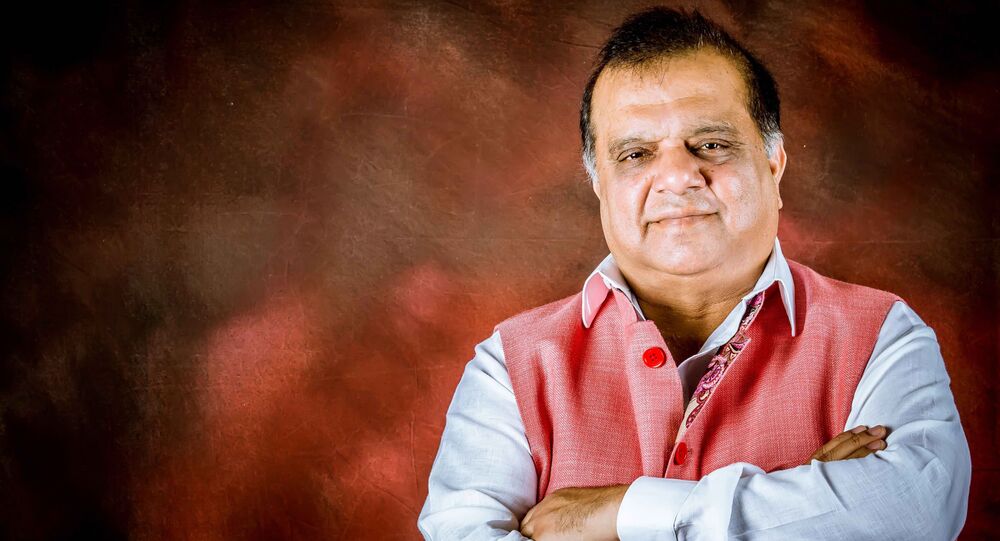 Narinder Batra, the President of the Indian Olympic Association (IOA), spoke to Sputnik on Friday on a number of issues, including Japan's new quarantine rules for athletes from the sub-continent, the recent controversy regarding a Chinese sponsor, vaccination of those going to Tokyo and India's biggest medal prospects, among other things.

Whereas most people in India have stayed indoors for months, the country's sportsmen and women are all geared up to bring cheer from the Tokyo Olympics. The Indian Olympic Association chief is optimistic that his players will return with a record tally of medals from Japan.

Sputnik: Japan has just announced special quarantine rules for athletes from the sub-continent, including India. Do you worry about the possible adverse effect this will have on the performance of Indian athletes in Tokyo?

Narinder Batra: The Tokyo 2020 organisers say that athletes from the sub-continent can go out, but can't mix with athletes from other countries. But no field of play will be empty as other athletes will be practising at the venues. So, it becomes extremely tough for the athletes, especially when they want to practise and be in the best possible shape because their events are going to start from 24 July.

Moreover, you can enter the Games Village only three days before your event and when four days are wasted in quarantine upon your arrival in Tokyo it does become a difficult situation for athletes.

Sputnik: The Tokyo 2020 Organising Committee has allowed up to 10,000 spectators at Olympic venues. Do you think it's the right move considering the COVID-19 situation in Japan?

Narinder Batra: Any sport looks incomplete without spectators. I think it is a welcome move. I would prefer the stadium to be full, but even if it is 10,000 - or 50 percent of the stadium capacity - it is certainly good for the athletes.

Sputnik: The IOA recently dropped Li Ning as a sponsor. Do you think the decision should have been taken much earlier?

I agree this situation could have been considered earlier but we were more worried about making things more comfortable for athletes.

Because of the COVID-19 situation in the country, there were new protocols coming in sporadically. And we were more intent on keeping athletes safe and providing them with the facilities they needed so they could practise and train even in bio-secured stadiums and venues.

It was only when we unveiled our Olympic outfits that we realised it was an issue which should have been flagged up earlier. So, we immediately decided that we will send our Olympic team without any public branding.

Sputnik: The Board of Control for Cricket in India (BCCI) just contributed $1.34 million for Olympic athletes. Don't you think it's time big Indian business houses joined the Olympic movement?

Narinder Batra: Any major Indian business house coming up with any help is always welcome. So, whosoever came we welcomed them with open arms, including the cricket board.

If anybody else wants to contribute to the cause, they are welcome to - but most of the financial support we receive comes from Sports Authority of India (SAI), which is a unit of the Ministry of Sports.

Sputnik: What is IOA's plan for vaccination of Tokyo-bound athletes?

Sputnik: Can the Tokyo Olympics be India's best ever?

But that's what we hope, keeping in mind the recent performance of our athletes - how they have been performing, what the world records are, what the Olympic records are, we have analysed everything. After all this, we are saying that we expect at least a double-digit medal haul from our athletes in Japan.

Sputnik: Who do you believe are India's Top Five medal prospects in Japan?

Narinder Batra: For me, all the 120+ Indian athletes who have qualified for the Tokyo Games are medal prospects.

The best are going to compete in the Olympics and I am sure there are a lot of people who will come back with medals, so I wish everyone all the very best. 'Good Luck' to all of them.

Sputnik: How would you describe IOA's relations with the present sports minister and sports ministry officials?

I think we've all been working from the same page and that's why we have been able to resolve any problem regarding our athletes as soon as it arises.

During my tenure of dealing with the Sports Ministry, I feel like it has been the best working relationship we have had in the past two or three years.

Sputnik: You have often said that the IOA is keen to host the Olympics in 2032. How do you plan to get the Olympics here in India?

I think 2032 will not be possible now because many countries are much ahead of us, so we are now focusing on 2036. We have had talks with the IOC's host committee, but all these discussions are confidential at the moment.

India has hosted the Asian Games and the Commonwealth Games, but has never hosted the Olympics. So, why shouldn't we host the Olympics in the near future?

If 2032 is not to be, then we will certainly be trying hard for 2036. The IOA has also bid for the IOC's 2023 session in India, which could be huge for India's prospects as a future Olympic host.