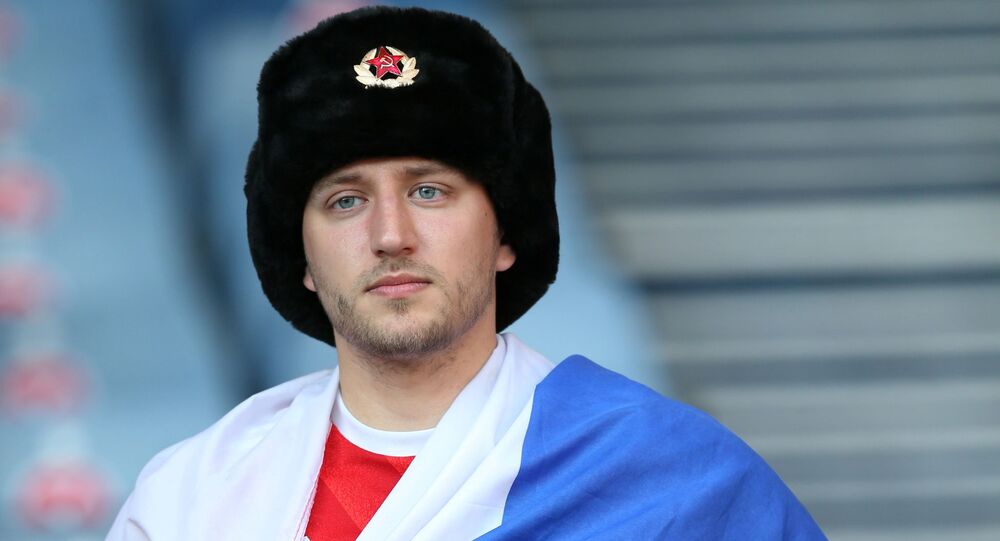 According to Gazeta.ru, photos have been circulating on social media of a Russian fan who first appeared to be cheering together with a Ukrainian fan at the Ukraine-Sweden match, but was later attacked by other Ukrainian fans, who ripped his Russian national team t-shirt.

The Russian flag that the attacked man was initially carrying was not visible in the later photos released by the OFNEWS Telegram channel, where the Russian fan is holding his jaw.

On Tuesday, Ukraine beat Sweden 2-1 after extra time in Glasgow, making it through to the quarter-final.

After its Tuesday victory in Glasgow, Ukraine's national team will clash with England on Saturday.

This year, the UEFA European Football Championship is being held across the continent for the first time in its 60-year history, with 11 host cities in all: London, St. Petersburg, Baku, Munich, Rome, Amsterdam, Bucharest, Budapest, Copenhagen, Glasgow and Seville.

The final is scheduled for 11 July at London’s Wembley Stadium.