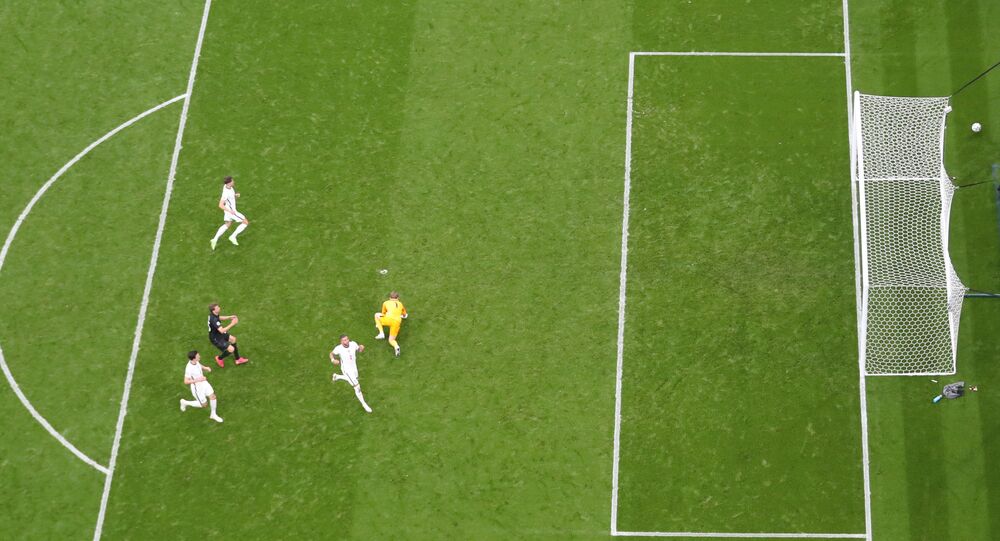 The Three Lions' decisive win gave them a ticket to a quarterfinal match in Rome on 3 July, where they will face either Sweden or Ukraine.

The tense game started to swing in England's favour after Sterling's goal just 15 minutes before the end of the match. Kane's goal at the 86th minute sealed the deal, bringing the team its first knockout stage win over Germany since 1966.​

​England's previous wins over Croatia and the Czech Republic and their draw with Scotland granted the team the top spot in Group D and propelled it to the knockout stage.​

With Germany eliminated, England's quarterfinal showdown is set to take place at the Stadio Olimpico in Rome on 3 July against the winner of today's Sweden vs Ukraine match at Hampden Park, Glasgow.

Euro 2020 was delayed last year due to the coronavirus pandemic, but European teams finally returned to the field on 11 June this year.

The big final, to be held at the same stadium that saw England’s victory in today's match, will take place on 11 July.

The previous champions, Portugal, were unable to defend their title and had to travel home earlier after being defeated by Belgium.