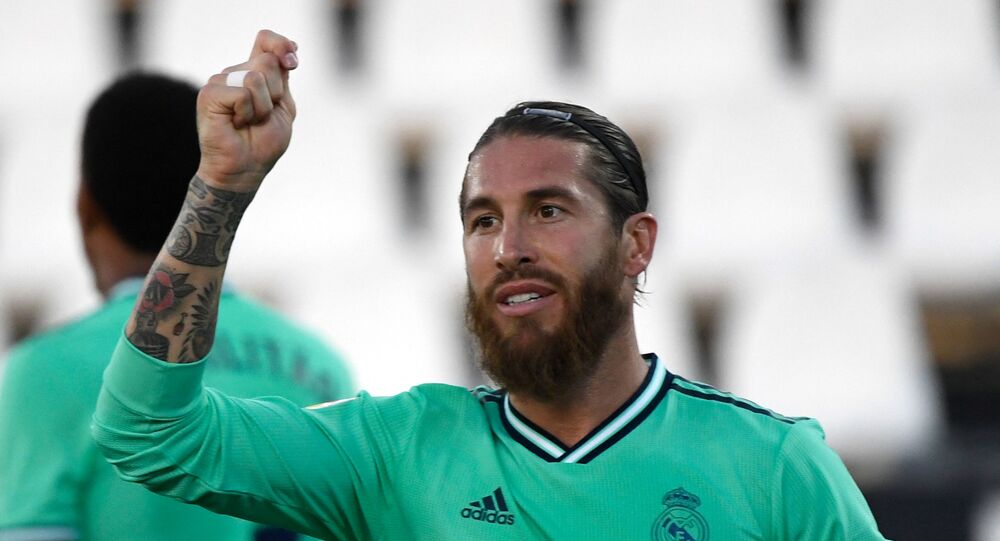 Real Madrid parted ways with the footballer, who is widely considered one of the greatest central defenders of his generation, earlier this month, with reports saying the two sides couldn’t agree on the terms of a new contract.

Former Barcelona star Samuel Eto’o has said the Blaugrana should forget about their rivalry with Real Madrid and sign the club’s ex-defender Sergio Ramos. The Cameroonian striker explained that if he had been calling the shots at Camp Nou, he would have signed Ramos without delay.

The Spanish athlete was Real Madrid’s pillar of defence for 16 years and was instrumental in helping Los Blancos win 22 trophies, including La Liga, UEFA Champions League, and UEFA Super Cup. He has always proven to be effective against Barcelona’s powerful offence. Ramos, however, has categorically ruled out playing for the Blaugrana.

"Impossible. You’ll never see me at Barca", he said during his farewell press conference.

If he ever reconsiders, his move would eclipse that of the famous Portuguese midfielder Louis Figo, who played for Barcelona for five years, before he was signed by arch rivals Real Madrid.

During his first match against Camp Nou, the referee had to stop the game for 20 minutes because fans of Barcelona kept throwing lighters, phones, and bottles onto the pitch. One supporter even threw a pig’s head. The regular corner taker, Figo, didn’t take any when he played at Camp Nou in order to avoid close proximity to Barcelona’s fans.

As for Ramos, reports say the 35-year-old will likely join Paris Saint-Germain or Roma.