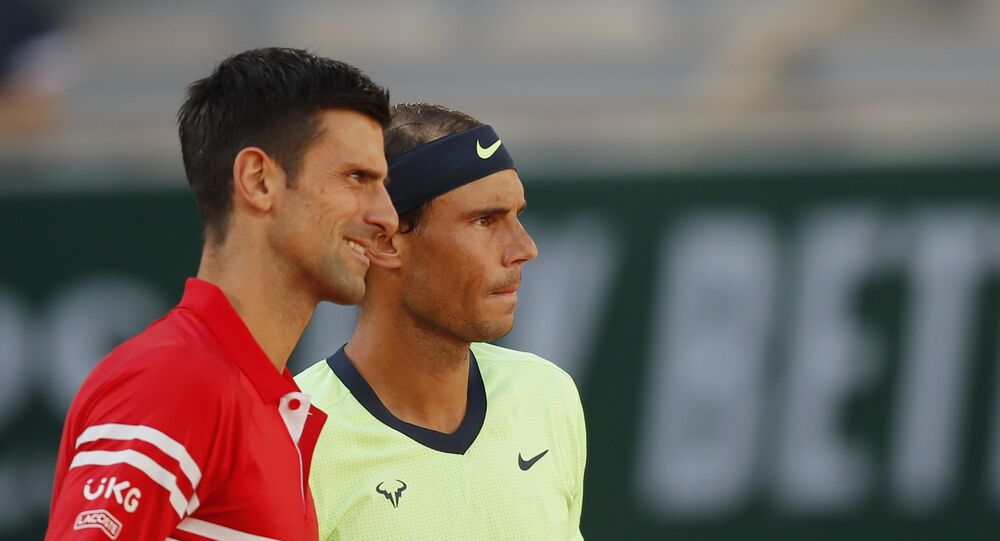 Last year, former World No. 1 Rafael Nadal mocked Novak Djokovic for his plan to establish a breakaway union of tennis players called the Professional Tennis Players Association (PTPA). The Majorcan opposed the move, as he called for "unity, not separation" in the COVID era.

World No. 1 Novak Djokovic has renewed hostilities with the Association of Tennis Professionals (ATP), the men's governing body of the sport, over the formation of the PTPA, founded by the Serb and the 66th-ranked Canadian tennis star Vasek Pospisil.

Djokovic formally announced the PTPA's structure in a press conference on Saturday, ahead of the Wimbledon Championships, where he is the defending champ.

According to the World No. 1, the PTPA now has its own website, a communications team, and an advisory board.

"The world is living in a difficult and complicated situation. I personally believe these are times to be calm and work all of us together in the same direction. It is time for unity, not for separation", Nadal said last August.

Soon after, Federer tweeted in Nadal's support: "I agree with Rafael Nadal. These are uncertain and challenging times, but I believe it's critical for us to stand united as players, and as a sport, to pave the best way forward".

The Professional Tennis Players Association (PTPA) will be based in Canada and its day-to-day operations will be looked after by Executive Director Adam Larry, who has previously worked with the NHLPA.

The PTPA has also received support from renowned investor and CEO of Pershing Square Capital Management Bill Ackman, who is now a member of the organisation's advisory board.

What Triggered the Move?

Djokovic, Pospisil, and Larry slammed the ATP's governance structure and the conflicts of interests within its board.

Other players who have thrown their weight behind Djokovic's organisation are Denis Shapovalov, Ivo Karlovic, John Isner, Sam Querrey, and Milos Raonic.

In fact, Americans John Isner and Sam Querrey were members of the ATP Player Council, but like Djokvic, they resigned from it last year.

Reigning Roland Garros champion Djokovic and the other players listed revenue sharing, disciplinary actions, pensions, and amenities at tournaments as the issues the PTPA would address.

Djokovic and his colleagues also advocated for a significant hike in the prize money for lower-ranked players, although they don't have a concrete plan yet for how to achieve it.

The biggest demand, though, has been regarding the prize money that tennis players receive from the tournaments.

According to the PTPA's vision document, it wants tournaments to commit to a much larger share of revenue as prize money. Because when the prize money in tennis was compared to basketball and American football, it was found to be too low.

For instance, the 2018 US Open purse for players (both men and women) was just $57.24 million, which was only 14% of the American Grand Slam's revenue.

The Association of Tennis Professionals’ (ATP) response to Djokovic's press briefing was strong and swift, "The creation of a separate player entity provides a clear overlap, divides the players, and further fragments the sport".

"Fragmentation has been consistently identified as the single biggest threat to tennis’ growth potential by leading experts, from within and beyond sports, which is something the ATP is currently working to address through the Strategic Plan", the governing body of men's tennis said in a statement.

Former tennis player Vishal Uppal, who represented India in the Davis Cup, disagreed with Federer and Nadal's stance, as he feels that Djokovic's association could prove to be a game-changer, especially for players who are ranked outside the top-100.

"Djokovic's PTPA could prove to be extremely beneficial for lower-ranked players because neither the ATP nor the ITF is doing anything for players ranked from 100 to 1,000", Uppal told Sputnik on Sunday.

"Actually, the current turmoil in tennis is a result of the ATP and ITF's attitude towards lower-ranked players because they simply don't care about anyone outside the top-100", he added.