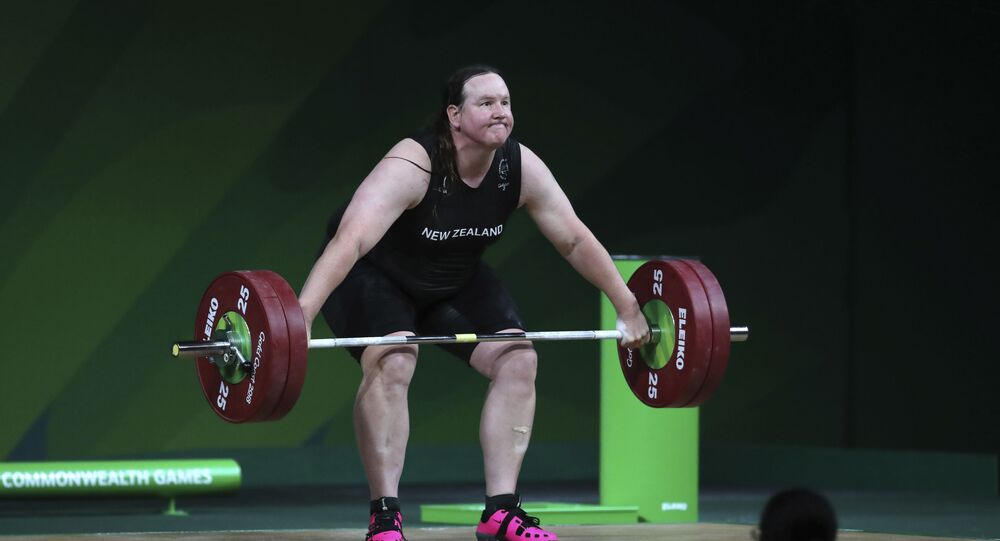 Last month the International Weightlifting Federation (IWF) announced that qualifying requirements for the Tokyo Games have been modified, paving the way for the first transgender athlete to enter the Olympics. The decision to allow transgender women to compete in female sport has angered many women.

A weightlifter who was born Gavin Hubbard and was biologically male until his mid-30s has been given the green light to compete in the Olympics as a woman.

Here is the person being allowed to compete in the women's division.
Birth name, Gavin Hubbard. pic.twitter.com/DmG1wWoHjD

​The rules of the International Olympic Committee IOC state that a transgender woman can compete against athletes who were born biologically female provided their testosterone levels are below 10 nanomoles per litre.

Critics say Hubbard, who meets the IOC criteria, has numerous physical advantages as a natural male which make it unfair for her to compete against female-born athletes.

​Retired weightlifter Tracey Lambrechs told Radio New Zealand: "Everyone's just shut up and worried about how they'll be viewed in regards to talking out about transgender athletes."

I highly recommend all WOMEN at the #Olympics boycott every event which Mr Gavin 'Laurel' Hubbard is competing in.

There is nothing more misogynist than the trans lobby. pic.twitter.com/kv9ii4Az8B

​Naomi Watson, a teacher from London, told Sputnik: “I’m concerned that it might be unfair on other athletes. We can’t be certain there are no unfair advantages. Where will it all end? Men are men and women are women.”

In December 2018 retired tennis champion Martina Navratilova was criticised for tweeting: “You can’t just proclaim yourself a female and be able to compete against women. There must be some standards, and having a penis and competing as a woman would not fit that standard.”

She later wrote an article in the Sunday Times in which she said she had promised to keep quiet on the subject until she had done some research and added: “Well, I’ve now done that and, if anything, my views have strengthened.”

Laurel Hubbard took the place of a female, a woman of colour no less. Kuinini Manumua is out of the Olympics as of this biological male. https://t.co/psBbVKaZhW

​New Zealand Olympic Committee chief Kereyn Smith said: "We acknowledge that gender identity in sport is a highly sensitive and complex issue requiring a balance between human rights and fairness on the field of play.”

BMX rider Chelsea Wolfe, who is also a transgender woman, has been named as an alternative for the US team which means she will compete if one of ther team-mates has to pull out injured.

For the sake of our daughters and female athletes worldwide, we must stop this insanity.

Girls are GIRLS, Boys are BOYS!https://t.co/s8nR8VUeyE