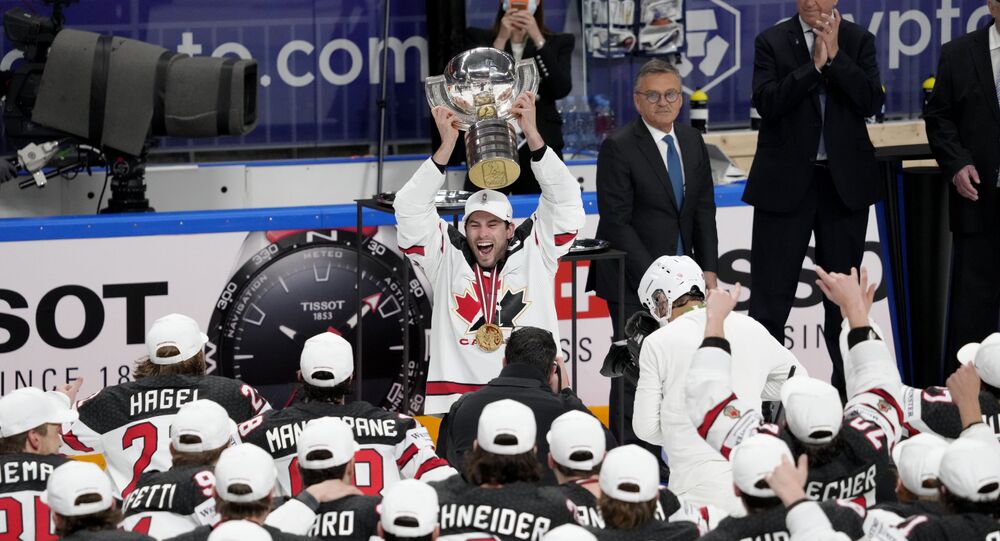 On Sunday, Canada, for the 27th time, clinched the 2021 International Ice Hockey Federation World Championship. Held in Riga, Latvia, the Canadians beat the national team of Finland with a 3:2 score in overtime.

A forward for the Canada team, Andrew Mangiapane, was named the most valuable player of the World Championship, gaining 11 points (seven scores and four assist passes in seven matches).

The Canadians lost the first three matches of the preliminary stage of the tournament and left the group, rated fourth. In the quarterfinals, the Canadians defeated the Russian national team in overtime (2:1). In the semifinals, they won the match against the US (4: 2).

The national hockey teams of Canada and Finland played 52 games at the World Championships. and the Canadians secured 37 victories, 13 defeats and two draws. The Canadian and the Finn teams played in the World Cup final for the second time in a row, as, in 2019, the Finnish national team won 3:1.