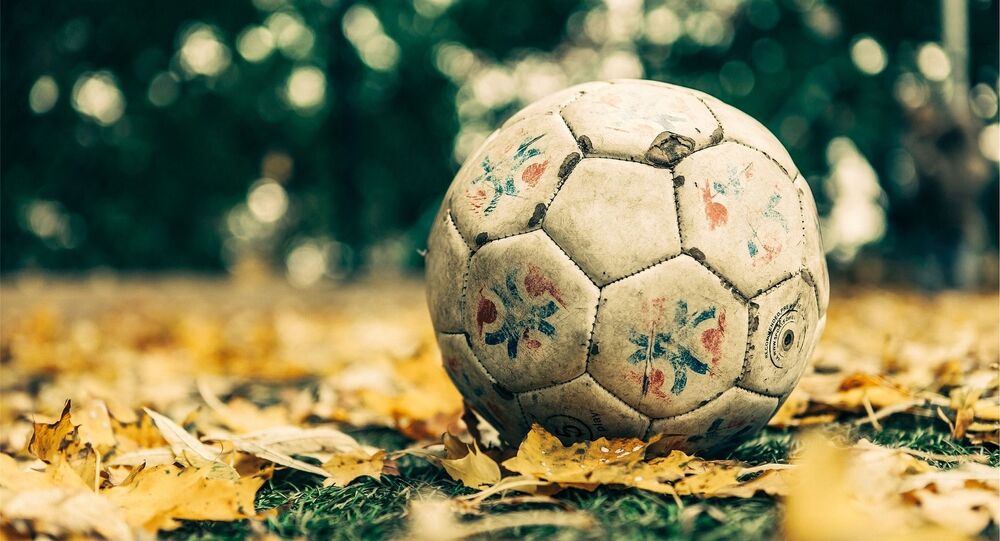 In what sports pundits have described as an all-out war in football, UEFA’s President Aleksander Ceferin warned that clubs joining the European Super League would be banned from all of the organisation’s competitions, while FIFA said that players could potentially be barred from playing in the World Cup.

24 hours have not passed since top football clubs announced the creation of the European Super League (ESL), but it seems the competition has already become the most hated sporting event. Former and current players as well as sports pundits have harshly criticised the creation of the ESL, with some branding it a "criminal act" and said football was on the brink of collapse.

Although football fans were devastated, they apparently remembered the old saying – when life gives you lemons, you make a lemonade – and rushed to make memes about the European Super League.

Many netizens made fun of the tournament's logo…

The European Super League logo is just a "no" symbol but 𝘴𝘵𝘺𝘭𝘪𝘴𝘦𝘥 plus 𝘨𝘳𝘢𝘥𝘪𝘦𝘯𝘵 pic.twitter.com/zobI1kM6Jp

​…and imagined what the tournament’s match ball would look like.

The official match ball for The European Super League🔥 pic.twitter.com/a1qKCp1l9g

​Others drew attention to the fact that Tottenham and Arsenal, which are currently ranked seventh and ninth in the Premier League, are not strong enough to compete in the ESL.

Some of the teams that want to form the European Super League have been revealed pic.twitter.com/nQADuuRBsr

Arsenal eating their £3.5b after collecting weekly 5-0, 7-2, 4-0 from Barca, Bayern and Real Madrid in the Super league pic.twitter.com/hdXEuirBzf

​Many users imagined what UEFA’s Champions League will look like after powerhouses such as Barcelona and Manchester City no longer participate in the tournament.

Burnley and Osasuna when they make it to the Champions league final next season #SuperLeague pic.twitter.com/9lpoO7CM0q

​Others weighed in on the reasons behind the creation of such a tournament.

FIFA and UEFA to Perez: Why are you forming the #SuperLeague ?

Hearing all this about the European Super League, just defines this picture. pic.twitter.com/yltvvG8jph

Some even tried to explain why the ESL is great, but failed to do so...​

​Many netizens made fun of attempts to stop the ESL.

Boris Johnson when he says the British Government is on their way to stop the #SuperLeague
pic.twitter.com/QBBrxv6q1x

UEFA: stop this nonsense are we will ban your players and club participation in the league.#SuperLeague founders: pic.twitter.com/114R9L3h2b

​Others, however, were less cheery and arranged a funeral for football and clubs that joined the tournament.

​At the moment, 12 teams have agreed to join the European Super League:

In all, 20 clubs are expected participate in the competition, which organisers said will be held every August. More about the ESL in this story.

UEFA, as well as some domestic football leagues, have vowed to do everything to stop what they described as a "cynical project, a project that is founded on the self-interest of a few clubs at a time when society needs solidarity more than ever".