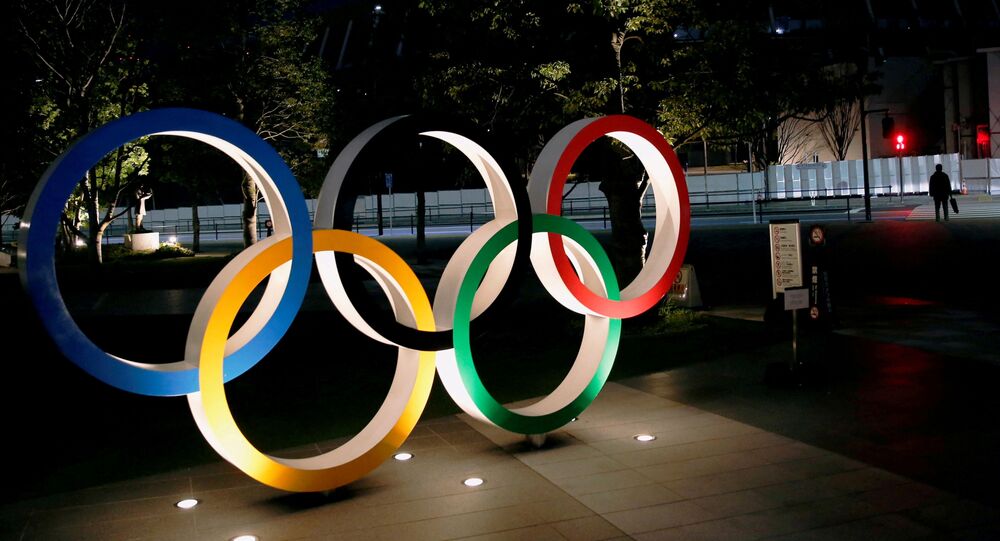 While Japanese organizers and the IOC have promised that their first concern is safety, many local residents remain skeptical that the event will go ahead, as a large number of people have not yet been vaccinated in the country.

Secretary-General of Japan's ruling Liberal Democratic Party Toshihiro Nikai has said that the Tokyo Olympics may be canceled if the situation around the COVID-19 deteriorates, Kyodo News Agency reported on Thursday.

"If it turns out that [holding the Olympics] is practically impossible, we will have nothing but to give up the idea," Nikai said, as quoted by the news agency.

The Olympic Games, which are set to open in 100 days, on July 23, are supposed to be held over a two-week period in Japan's capital, and are to feature over 10,000 international athletes.

The Olympic Games were postponed last year due to the outbreak of the COVID-19 pandemic. Tokyo has reported over 126,000 COVID-19 cases, the highest in any other region in the country. Over 513,000 people have been infected in Japan and only 0.4 percent of the population was vaccinated.

© AP Photo / Eugene Hoshiko
Japan to Lose Some $1.4Bln Over Decision to Hold Tokyo Olympics Without Foreign Spectators
A poll by Kyodo showed on Monday that over 70 percent of people in Japan think that the summer Olympic and Paralympic  Games in Tokyo should either be canceled or postponed as public concerns mount over the fourth coronavirus wave and slow vaccine rollout.

The poll results came amid a countrywide coronavirus surge. The same day, the governors of Tokyo, Kyoto and Okinawa followed their colleagues from Osaka, Hyogo and Miyagi prefectures and toughened their responses to the pandemic. The measures include early closure of restaurants and bars in densely populated areas and limiting attendance at large events to 5,000 people.