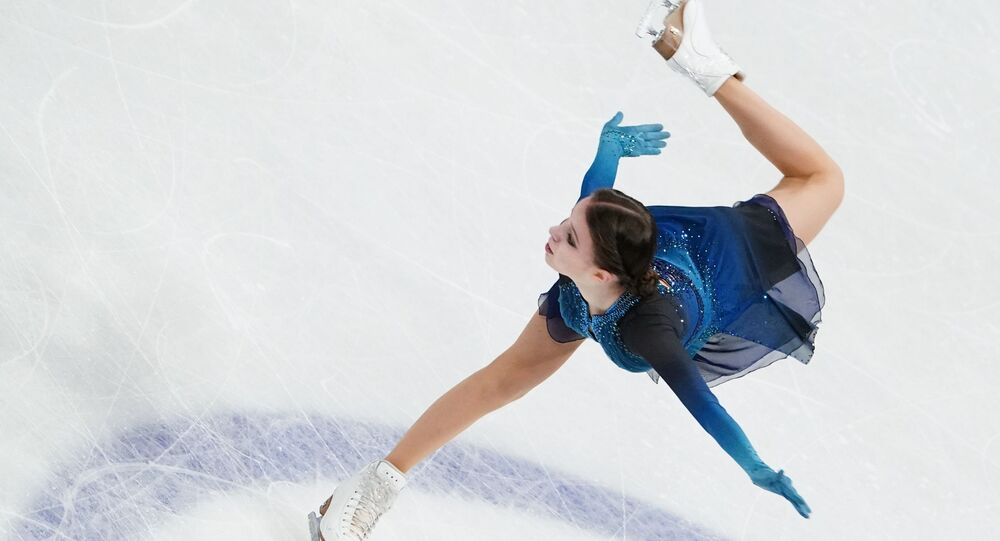 Russian skaters have dominated the podium in Stockholm in the women's singles on Friday, with Anna Shcherbakova winning gold with the total of 233.17 points.

It was the first world championship title for Shcherbakova. Celebrating her victory, she noted that not everything went as she had hoped.

"I'm not happy with my free skate performance, but I'm so happy to win gold! This was my goal", Shcherbakova said after the performance.

The International Skating Union congratulated the Russian skater on winning gold in its Twitter account, posting a clip of her performance.

🏆 Anna Shcherbakova is the new World Champion in the Ladies at the ISU World Figure Skating Championships!

​In the free skating programme, it was Trusova who showed the best result, securing 152.38 points for her performance.

This is the first time in the history of the World Figure Skating Championships that the entire podium was dominated by Russian skaters.