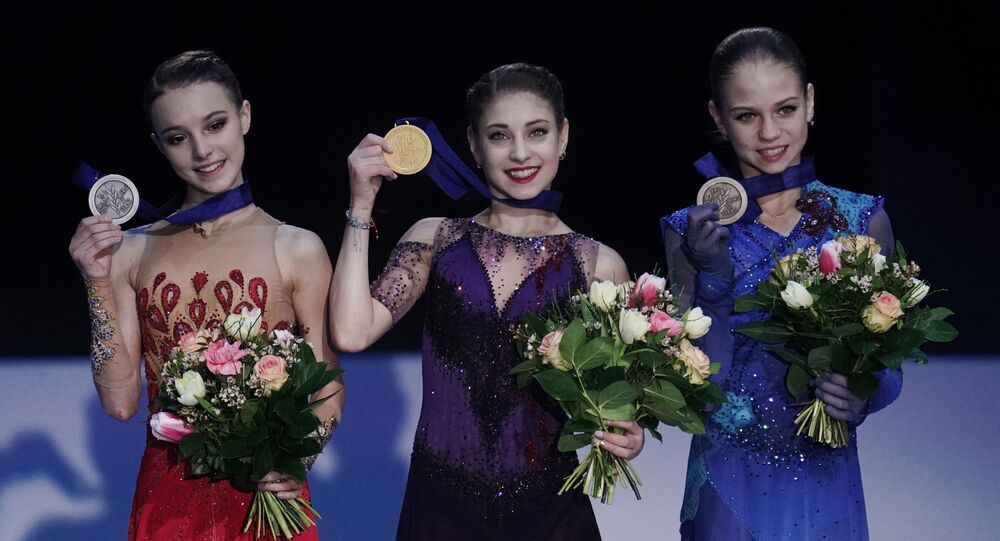 The Russian figure skaters have taken all medals at the European Figure Skating Championship in Austria's Graz.

Alena Kostornaya, who led the ladies short programme with her triple axel at 155,89 points, took gold with 240,81 in total.

"I'm very glad just to be here. [I'm happy] not just because of the victory, but to be on the pedestal. It's already a great happiness", Kostornaya told journalists. "When I travelled to this championship, I just wanted to give a worthy performance".

Kostornaya also said she did not mind being the last performer, and that she did not get a chance to watch her fellow skaters' performances.

Anna Sherbakova came in second, losing only 3,05 to Kostornaya, with 237,76 points in total.

Beautiful Firebird 🔥 Anna Shcherbakova spins her way to the 🥈 medal at the European Championships!

Alexandra Trusova won bronze, with a total of 225,34 points.