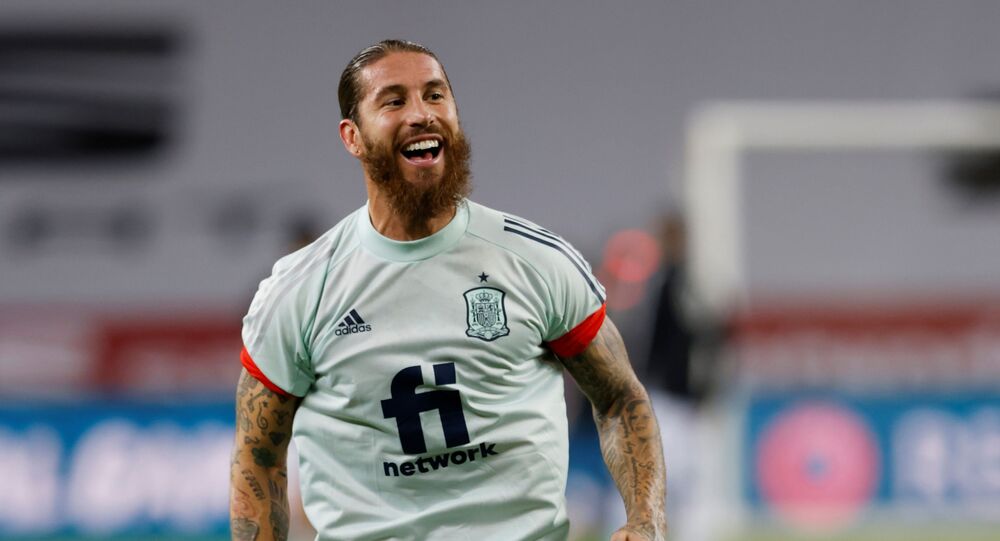 Sergio Ramos is a Spanish professional football player who captains both Real Madrid and the Spanish national team. Injured in November, he missed his team’s 2-0 Champions League defeat to Shakhtar Donetsk. The Real Madrid ace, however, used his recovery time effectively, making good use of Madrid's weight room.

Though not currently fit to play for Los Blancos, the captain is feeling in shape to take on UFC superstar Conor McGregor. He has been spending a lot of time in the gym while healing, which has done wonders for his body, as his latest Instagram video demonstrates.

On Tuesday, Ramos posted a videoclip of himself walking topless and grinning after a gym workout as he flexed his muscles. He captioned the video with a call-out to the retired Irish fighter: "When you're ready, @thenotoriousmma”, adding a winking emoji.

McGregor, a two-weight world champion in the UFC, responded by commenting on Ramos' post: “Stay Ready, my brother Sergio! We have a big fight coming up.”

Notorious is currently preparing to face Dustin Poirier on January 23, in a rematch of their September 2014 bout at UFC 178. The two sports stars have seemingly struck up a friendship online, as Ramos invited McGregor to Real Madrid training after the UFC star showed off his football skills on social media. The Irish fighter accepted the offer, commenting: "My brother, thank you! The next time I am in Madrid I would be honoured."

'I'm Gonna F**k Him Up': Jake Paul Says Fight With Conor McGregor 'a Matter of When'