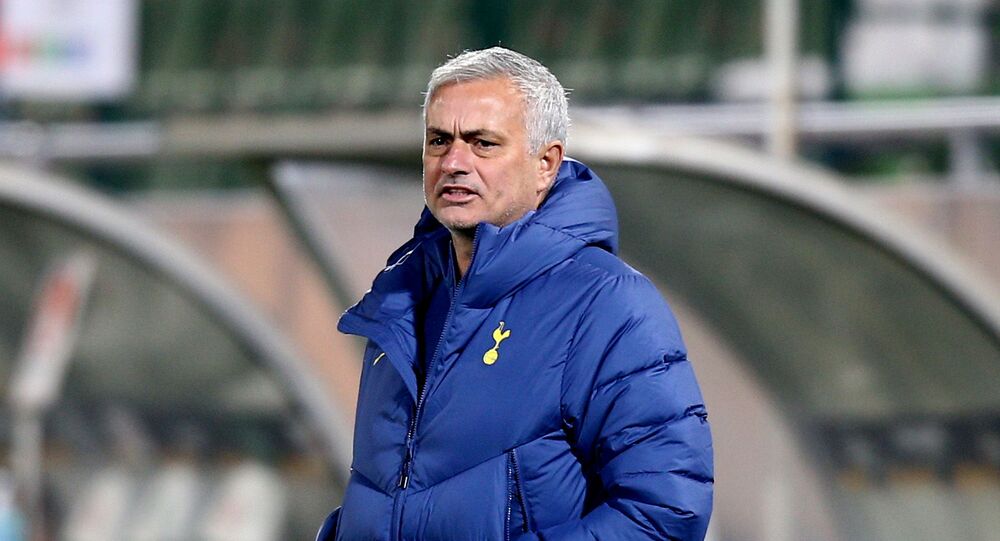 'Don't Forget, You Are the Best!' Mourinho Recollects How Maradona Encouraged Him After Defeats

Football star Diego Maradona died on Wednesday at the age of 60 due to heart failure. He was put to rest at the Jardin Bella Vista cemetery in Buenos Aires. Argentina's President Alberto Fernandez has declared three days of national mourning in honour of Maradona.

As the world of football continues to mourn Diego Maradona, who died on 25 November at the age of 60, Tottenham manager Jose Mourinho took his turn to pay tribute to the Argentinian legend.

Following Spurs' 4-0 win over Ludogorets in the Europa League on Thursday, Mourinho shared his memories of the late football star.

He said that he always was especially moved by Maradona's attention to him after the club's defeats.

"I can say he was a good friend of mine, but my contacts with him were by telephone and we met, of course, a few times," Mourinho said in an interview with BT Sport.

In 1986, ​Maradona helped Argentina win the World Cup by scoring 'the goal of the century' during the game with England.

Diego Maradona died in Buenos Aires on Wednesday at the age of 60 due to heart failure. Prior to that, he'd undergone surgery for a blood clot in his brain.