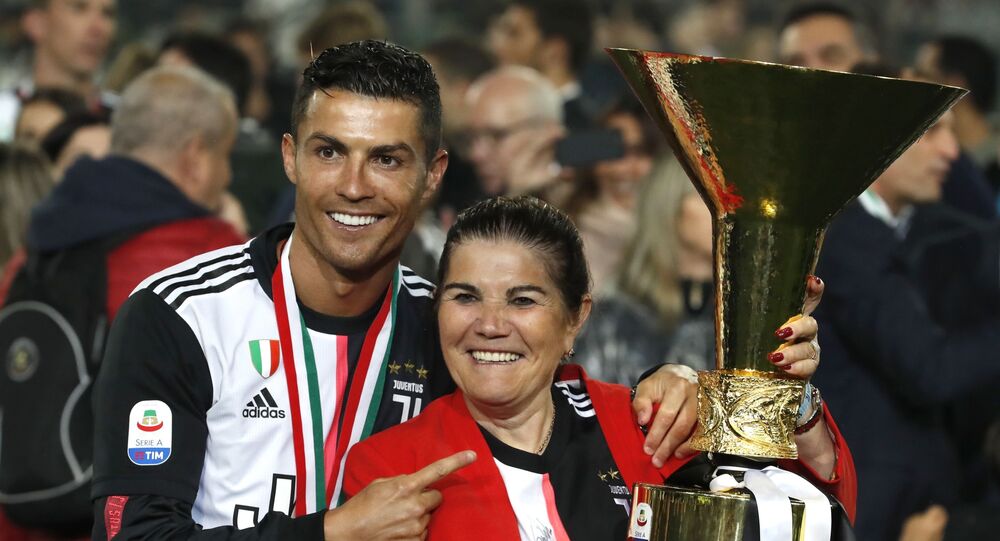 Not a month goes by without sports media reporting that the Portuguese superstar wants to leave Turin, as he seeks to take on a new challenge in another league, and every time Juventus officials attempt to assure that the forward intends to stay for at least one more football season.

Juventus' sports director Fabio Paratici has reassured the club’s fans that Cristiano Ronaldo will stay in Turin until his contract expires. In an interview with the DAZN sports streaming service, Paratici said the Portuguese superstar will not leave Juventus until 2022.

"I can assure you that the future of Cristiano is at Juventus. Obviously, news about new teams comes out every day, but we don't pay attention to that", Paratici told DAZN.

The sports director's statement echoes that of Jorge Mendes, Ronaldo’s agent. Mendes previously said that the athlete would leave Turin only if the club doesn’t prolong his contract.

Paratici's statement comes several days after a Spanish sports newspaper wrote that Ronaldo wants to return to Spain, where he played for nine seasons. According to Marca, the 35-year-old did not hide his motive when he attended the first game of El Clasico, a match between arch rivals Barcelona and Real Madrid.

Price of Having a Superstar

Like another football superstar, Lionel Messi, Cristiano Ronaldo often appears in media reports that claim the forward is likely to leave his club. While rumours of Messi transferring are linked to his feuds with the club’s staff and discontent with Barca’s performance, Ronaldo’s exit is linked to money.

The coronavirus pandemic has affected all areas of life, including sports, with football clubs suffering huge financial losses during the lockdowns. Ronaldo reportedly earns almost $500,000 a week, more than four teams in Serie A combined. Previously, reports said that Juventus would be more than happy to lighten its financial burden by selling one of its stars due to the fact that it is unclear when the world will beat the pandemic.

At the same time, sports pundits note that Ronaldo was purchased by Juventus with the aim of winning the Champions League (the last time the Old Lady won the title was back in the 1995/1996 football season) and thus it is unlikely that the club will sell the striker before he helps the club win the prestigious tournament. Judging by Ronaldo’s performance this season (8 goals in 5 appearances), it is quite likely that he will lift the trophy.