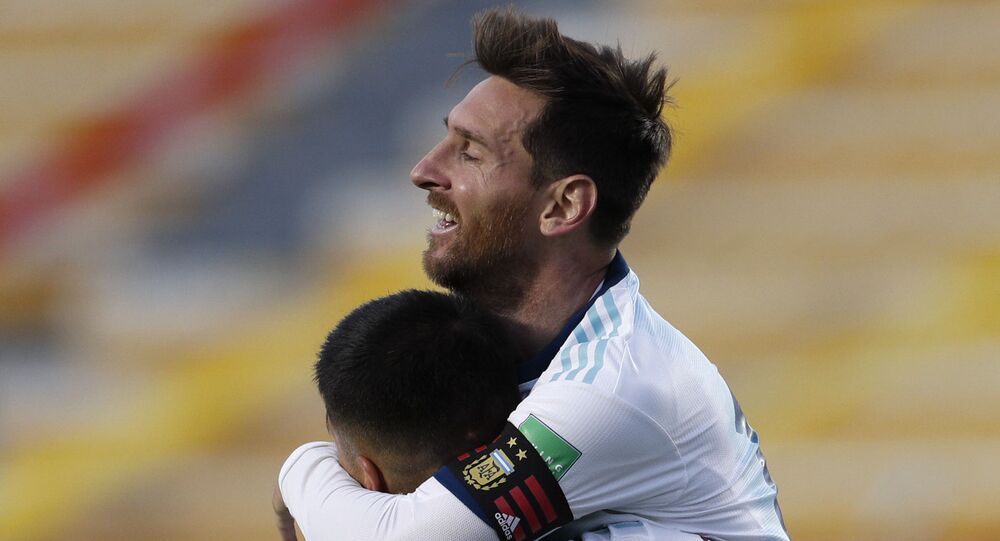 Messi Should Be Treated in a 'Very Special Way' by Barca, Ex-Teammate Rakitic Says

Argentine football star Lionel Messi nearly left his career club Barcelona after Ronald Koeman was appointed the team’s head coach in August. Messi’s plans eventually fell through because of legal mishap and he has pledged to stay with Barca at least until the end of the season.

Barcelona captain Lionel Messi should be treated with special care by his club, his former teammate Ivan Rakitic said in an interview with Spanish sports website, Muchodeporte.

“Players of that level are different from everyone else and the other players have to take care of them in a very special way because of their ability to make a difference,” said Rakitic who now plays for Sevilla after leaving Barca this year.

According to Rakitic, who apparently has a deep respect for the six-time Ballon d’Or winner, we may never see the like of Messi again.

The Croat’s comments come as Barca prepares for a presidential election after its top executive Josep Maria Bartomeu was forced out after a vote of no confidence as more than 20,000 signatures were received from the club’s members by mid-September lobbying for his resignation.

The petition to force him out was launched by presidential hopeful Jordi Farre, after a scandal around Messi’s potential departure from the club.

In August, reports emerged that the 33-year-old forward was willing to leave the team he's spent his whole career with, citing the player’s contrasting visions for the Barca’s future with new head coach Ronald Koeman. Messi later confirmed his intentions but because of the timing and legal action his leave would had elicited from Barcelona's bosses, he decided to stay for another season. The starring player then pledged to give his “best” to the club.

However, the scandal and situation surrounding Barcelona’s transfer campaign which saw its top players being sold this year, including striker Luis Suarez and Rakitic himself, have left many observers critical of the apparent chaotic management at the club’s highest levels.