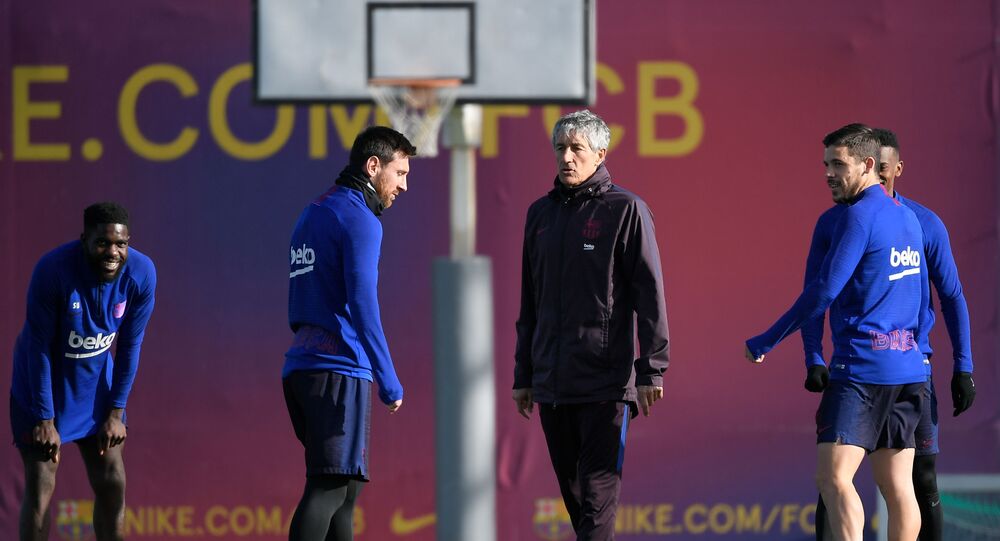 Spanish football manager Quique Setien, who headed Barcelona from January to August of this year and led it to second place in La Liga before resigning, has shared details about his time at the Camp Nou in an interview with El Pais.

"There are players that aren't easy to manage, and Leo is one of them. You also have to remember that he's the best player in history and who am I to try and change him as a player? I can't do anything if those at the club have accepted him for how he is and haven't changed him for years", Quique Setien told former Spanish football manager Vicente del Bosque in an interview for El Pais.

He continued on by comparing Messi to basketball legend Michael Jordan, saying "you see things you don't expect to see".

"It's not just the player that you have to manage, there is another side and that is much more complicated. It's something which is built into many sportspeople as we saw in the Michael Jordan documentary [The Last Dance]. You see things that you don't expect to see", he said.

During a Primera Division match between Alaves and Barcelona on 31 October, Argentine superstar Lionel Messi booted the ball and just missed the referee after the latter denied Barca a penalty and a free-kick on the edge of the box. The six-time Ballon d'Or winner didn't even look at the judge when getting his yellow card and walked away in a rage.

In late August, the media reported that Messi had informed Barcelona about his desire to terminate his current contract. According to media reports, Messi also announced his desire to move to Manchester City. Other reports even hinted about moves to PSG or Italian giants Juventus. However, in September, Messi confirmed he was going to stay at the Spanish football club that he has been playing for since 2004.

Quique Setien, 62, one of the most experienced coaches in Spanish football, resigned as Barcelona's manager after an embarassing loss to Bayern Munich (2-8) in the Champions League. For Barcelona, that was the first time the club had conceded eight goals since the 1946 defeat by FC Sevilla (8-0).