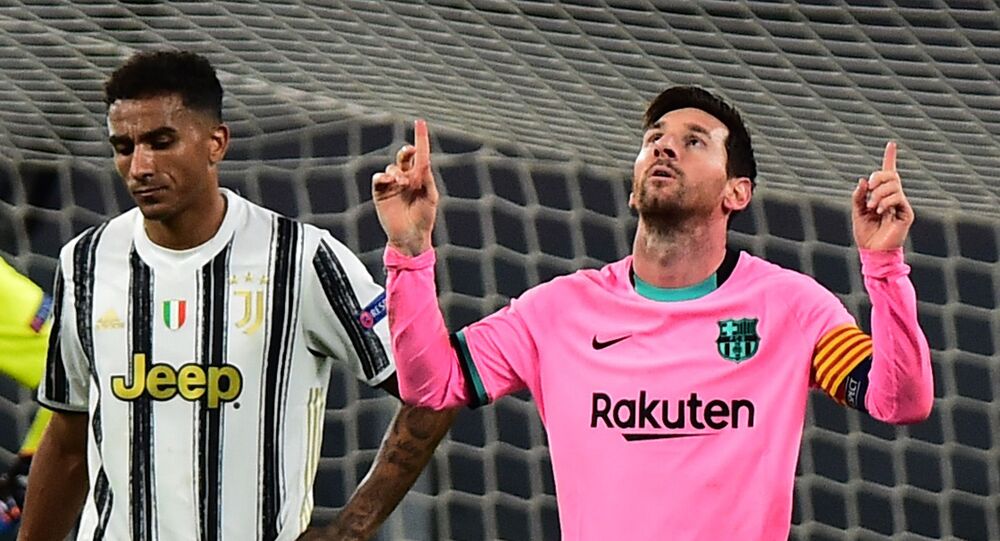 Juventus lost to Barcelona with a score of 0-2 in a match of the second group stage of the Champions League at the Allianz Stadium in Turin.

Barcelona has trolled Juventus on Twitter, suggesting fans were able to see the real "GOAT" (Greatest of All-Time), Lionel Messi, at Turin's Allianz Stadium during the Champions League.

Juventus were without Cristiano Ronaldo, who tested positive for COVID-19 on 13 October, postponing strife between the Portuguese and Argentine forwards until at least the second group encounter.

Juventus has swiftly replied to the tweet, saying "You probably looked it up in the wrong dictionary. We'll bring you the right one at Camp Nou".

​Football fans have reacted to the posts, with some defending Ronaldo and others praising Messi.

Cristiano Ronaldo has a personal rivalry with Barcelona ace Lionel Messi, as the two are considered the best players in association football. During his stint with Real Madrid 2009-2018, Ronaldo embodied Madrid’s antagonism with the Catalonian club and went neck-and-neck with the Argentinian.