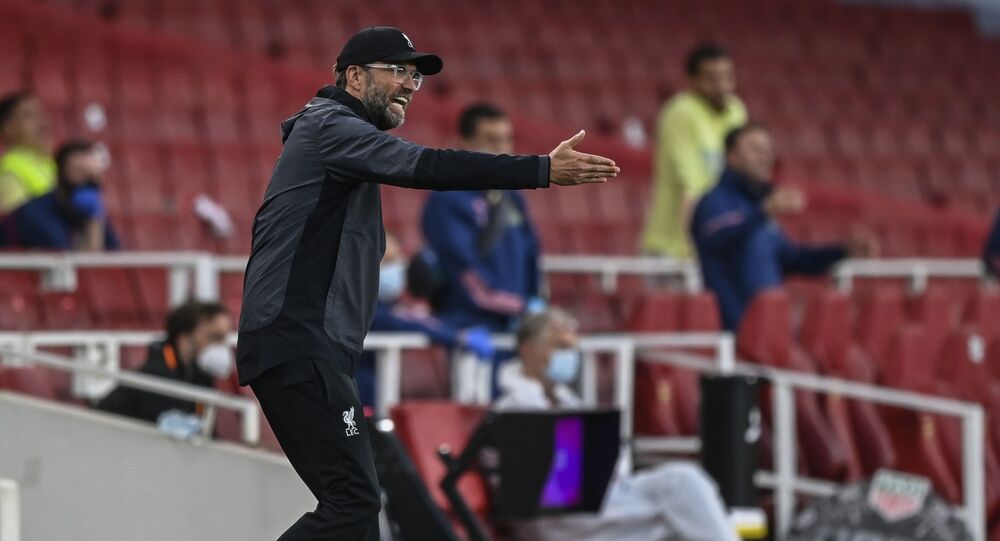 Unlike their main rivals, the Reds have gotten off to a successful start this season, occupying second place in the EPL table with 13 points. But the Merseyside squad recently lost centre-back Virgil van Dijk, who is likely to miss the entire season due to a knee injury, and will play several games without Thiago Alcantara.

Liverpool manager Jurgen Klopp has demonstrated that he is ready to go the extra mile to help his club secure a victory even if it means physically restraining his own players, so that they won't be sent off the pitch. Such an incident occurred on Saturday during the game against Sheffield United.

The Reds had to play from behind after the referee awarded a controversial penalty to United for what sports pundits say was a foul outside the box. Tempers were running high after the incident and if it were not for Klopp the Merseyside squad could have lost the game. Liverpool midfielder Georginio Wijnaldum snapped at the Blades' right back George Baldock after a dangerous tackle. It seems that the Dutchman was still frustrated over the loss of Virgil van Dijk and Thiago Alcantara, who were injured during similar dangerous tackles last week.

Wijnaldum was about to vent his anger on Baldock and receive a red card for his actions, but Klopp did not let that happen. The 53-year-old rushed to the midfielder and physically restrained him. The manager's move has been highly praised by Reds’ fans.

"Good work from Klopp that. Possibly saved Wijnaldum a red", wrote one user.

"Wow! Klopp stopping Wijnaldum. What a timing!", wrote another.

Several minutes after the incident, Roberto Firmino scored an equaliser. The second half of the game was no less tense - both sides had multiple chances to score, with Liverpool allowing United 13 shots on goal. In the end, the Reds took home three points after Diogo Jota scored a header in the 64th minute, securing a Liverpool victory.

Liverpool now has 13 points just like Everton, but the Toffees lead the table on goal difference.