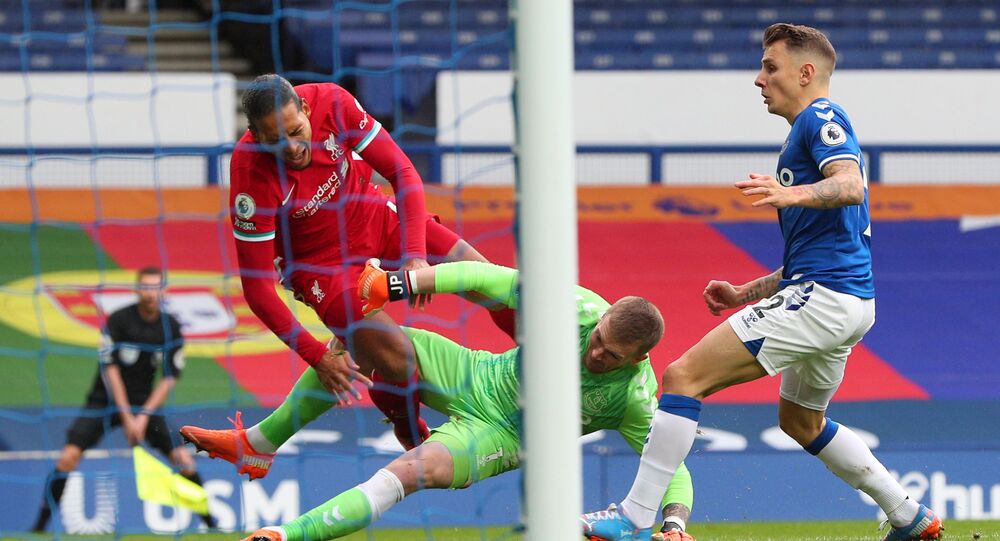 Van Dijk is regarded the best centre-back in the world and is also one of the most expensive defenders. He has a been a key figure for the Reds since he joined them and helped the club to win the Champions League in 2019 and the 2019/2020 Premiere League. Now he is out with a serious injury.

Liverpool manager Jurgen Klopp has given the most bizarre update on Virgil van Dijk's injury as the centre-back is set to undergo surgery on his knee. Klopp revealed he doesn't want to know how long Liverpool has to play without the Dutch star. The 53-year-old noted that "it doesn't make sense" to give forecasts on van Dijk's return as the process of rehabilitation from a knee injury is different in each case.

Controversial reports have been coming in about van Dijk, who was injured on 18 October in a horrible tackle with Everton goalkeeper Jordan Pickford. Right after the game Liverpool posted a statement on its website saying the centre-back had his knee ligaments damaged and gave no specific timetable for his return. This week, sports media gave more details saying the defender suffered an anterior cruciate ligament (ACL) injury. The Mirror reported that van Dijk suffered a "stage three tear" the worst possible for an ACL.

However, recent reports say that the injury could be even worse and extend beyond the ACL.

When the centre-back returns to the pitch will depend on how well the surgery goes and his rehab. On average this process lasts up to 7 months. This means that the Dutch star will miss the majority of this year's football season.