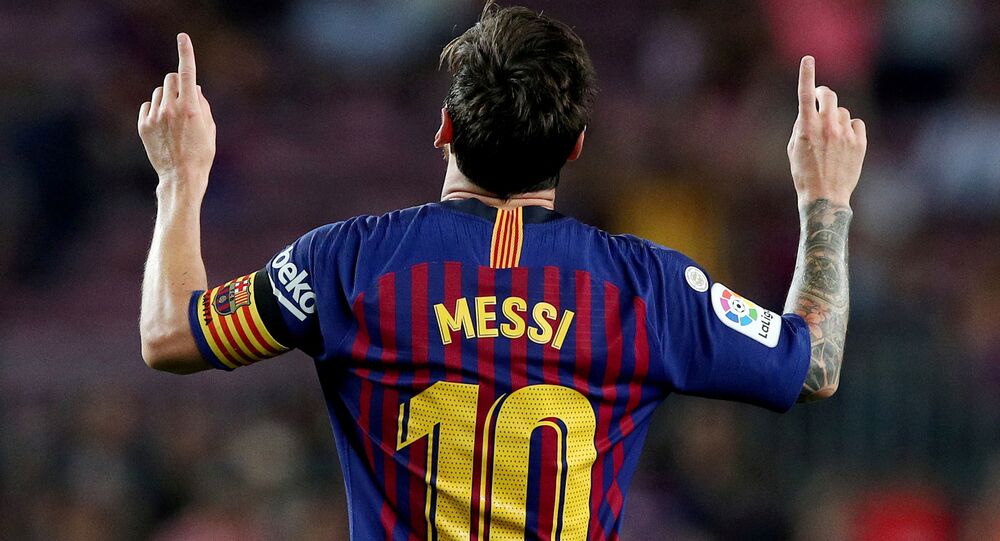 According to Forbes Magazine, the 33-year-old has also become one of the highest paid athletes of 2020 and the highest paid football player of the year. The six-time winner of Ballon d’Or, the most prestigious individual award in football, earned $126 million dollars.

Barcelona star Lionel Messi has earned $1 billion in pre-tax earnings over his career, Forbes reported. According to the magazine, the athlete, who has led Barcelona to 34 trophies since he joined the club in 2004, received $92 million from the salary he that earns with the club and an additional $34 million from endorsements. Messi has sponsorship deals with world-famous brands such as Adidas, Huawei, Dolce & Gabbana, Jacob & Co, and will soon have his own theme park in China.

However, he is the second football player to cross the $1 billion mark in earnings. The Argentinian was surpassed by his rival, Juventus star Cristiano Ronaldo.

This, however, did not stop social media users from congratulating Messi on his achievement.

Ladies and gentTLEMEN meet Lionel Messi your
Second footballing Billionaire according to Forbes
The Ultimate🐐🐐 pic.twitter.com/N5VkNpl7Rg

​Others users contended that Messi is not worth that amount of money.

"Lionel Messi has become the second footballer in history to become a billionaire."

What a goddamn loss of money! pic.twitter.com/hbtXpswA6V

Renowned boxer Floyd Mayweather reminded Messi that he is not only the second football player to earn $1 billion over his career, but also the fourth athlete to do so.

​Others users joked about how Messi reacted to the news…

Lionel Messi on hearing he his finally a billionaire..❗❗❗❗❗ pic.twitter.com/qQpRQdApZc

...​and how Jeff Bezos, the CEO of Amazon and the world’s richest man, would regard to the news.