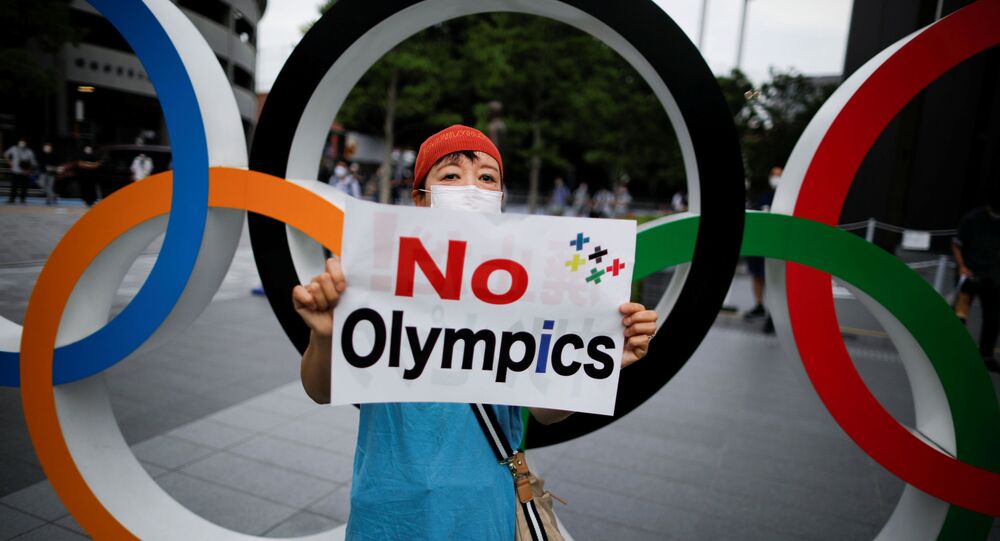 If coronavirus had not struck when it did, the 2020 Tokyo Olympics would be taking place now. But as doubts swirl about it even taking place next year, some athletes are faced with difficult questions about their sporting futures.

Fears are growing the Olympic Games in Tokyo - which was postponed until next summer because of the global coronavirus crisis - may not be able to be held at all and the speculation could lead to the loss of Britain’s "golden generation" of boxers.

Steve Bunce, a boxing writer and podcaster, said recently it would be impossible to keep the squad together if the Tokyo Games is called off next year.

🗣️ | QUOTE: "We look forward to the 2021 Olympics, I am confident that as long as our boxers continue to work hard and develop that we can deliver yet more success for Team GB when the Games finally get underway." - Rob McCracken

​Bunce told a BBC boxing podcast: "There will be a mass defection the moment it’s clear that the Olympics are off…I can’t see one of those boys staying."

Tokyo has held an Olympics before - in 1964, but that was 24 years after it had originally been supposed to host the games, an event which was cancelled because of the outbreak of the Second World War.

A recent opinion poll by the Kyodo news agency found only 23 percent of people in Japan want the Olympiad to go ahead next year if Covid-19 infections remain widespread.

The World Health Organization say there are now 15 million infections worldwide and that figure goes up by a million every week.

The 12 months postponement of the 2020 Olympics was a huge blow to all of the athletes involved but it poses a particular worry to the GB Boxing squad, which was hoping to massively improve on the medal haul in Rio in 2016.

It’s our differences that give us strength. We are #StrongerTogether#1YearToGo @Olympics @Tokyo2020 pic.twitter.com/Wn6h8csGLT

​So who is in that squad?

Frazer Clarke, 28, from Burton-on-Trent, is in the super-heavyweight category and is hoping to go one better than Joe Joyce, who won silver after losing in the 2016 final to France’s Tony Yoka.

Joyce has since turned pro and is unbeaten in 11 fights, his most recent being a knockout victory over Germany’s Michael Wallisch at the weekend.

Jamaican-born Cheavon Clarke, 29 - no relation to Frazier - is the heavyweight hope and Galal Yafai, 27, whose older brothers Kal and Gamal are both professional fighters is the man in the light-flyweight category.

Luke McCormack, 25, from Sunderland, and his twin brother Pat are the light-welterweight and welterweight hopefuls.

The McCormack twins are top elite amateurs and will be 25 this summer and 26 next summer. Turn over in 2022 they are close to 27 when they make their pro debut.. Potentially too late? A lot of (not all) elite amateurs struggle to turn over when they’ve spent a long time amateur.

​Peter McGrail, 24, from Liverpool, carried the nation’s hopes at bantamweight and Lewis Richardson, 22, from Colchester, Essex, is the middleweight flagholder.

The men’s squad is made up by light-heavyweight Ben Whittaker, 23, from West Bromwich.

The five women in the squad include Caroline Dubois, whose brother Daniel is a professional fighter who has gone 14 fights unbeaten at heavyweight.

🎂 Happy Birthday to @peter_mcgrail who is 24 today!

Have a great day, from all at GB Boxing! 🎉 pic.twitter.com/EX7I4CJeFT

​Bunce told the Five Live Boxing podcast he expected all 10 of the men to get a medal: "This squad is unbelievable. We might never see it. It might be the great lost squad of British boxing. If we are we still around talking about it in 30 years from now we might drag people back to the summer (of 2020) when we lost one of the greatest Olympic teams in British history."

Keyshawn Davis, 21, one of the best prospects in the US Olympic boxing squad, did not turn up to a recently get together, fuelling rumours that he was going to turn pro.

Dick Pound, a veteran member of the International Olympic Committee, told the BBC last week: "What we do know is 2021 is our last chance. It's not something we can put off until 2022 or 2023. I don't think it's fair to expect Japan to keep the balls in the air any longer. To the extent that it's safe for the athletes to come, every effort will be made for the Games to go forward.”