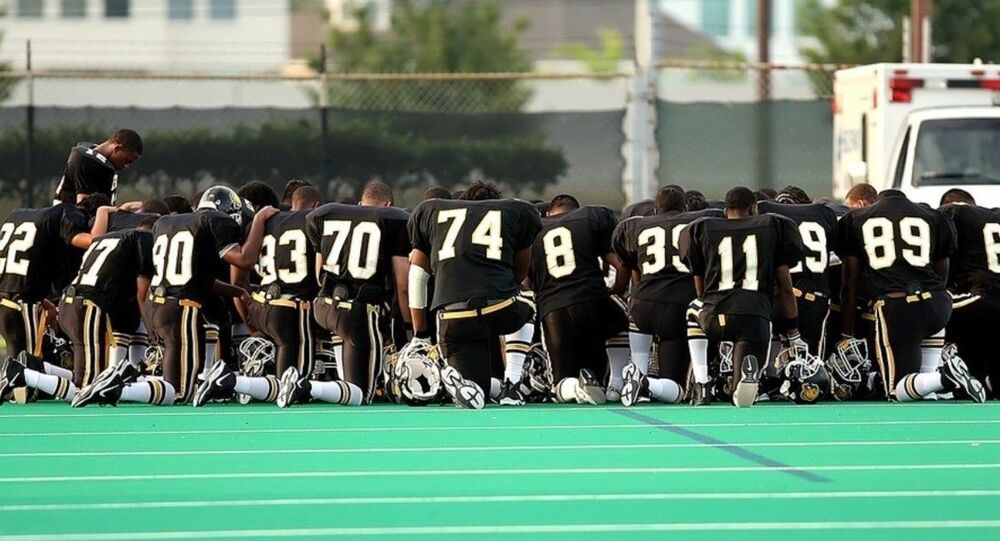 The International Olympic Committee is standing by its long-held stance that politics should be kept out of sports. That rule prohibits wearing political signs and kneeling, but activists are pressuring the organisation to change its mind in light of mass anti-racism protests.

An international athlete-led movement has accused the Olympic Games’ governing body of violating human rights over its commitment to political neutrality.

According to IOC guidelines updated in January, protests and demonstrations are prohibited at Olympics and Paralympics but allowed outside Olympic venues. There is a ban in place on political messaging, like wearing armbands and signs or doing hand gestures and kneeling, but athletes are allowed to express their political views at press conferences or on social media.

Such incidents are reviewed on a case-by-case basis; perhaps the most famous episode occurred in 1968, when American sprinters Tommie Smith and John Carlos were expelled from the Mexico City Games after delivering a “Black Power” salute on the podium.

These guidelines are based on Rule 50 of the Olympic Chapter, which allows “no kind of demonstration or political, religious or racial propaganda is permitted in any Olympic sites, venues or other areas.”

The IOC and the IPC have come under pressure to change their stance in the past weeks with the spread of anti-racism protests, triggered by the killing of George Floyd in police custody last month. Some major sports bodies, including FIFA, English Premier League, America’s NFL, NASCAR and US Soccer, have approved of kneeling as a sign of protest, but the IOC and the IPC have so far stood by their rules.

In its statement, the Global Athlete said that rather than maintain political neutrality, the two organisations should adhere to Article 19 of the Declaration of Human Rights, which stipulates that “everyone has the right to freedom of opinion and expression.”

The international movement, backed by athletes like Olympic para-powerlifter Ali Jawad and former track cyclist Callum Skinner, accused the IOC and the IPC of “silencing” athletes and called on Olympics sponsors to “demand” change.

Asked whether athletes at the postponed Tokyo Games could go down on their knee, IOC President Thomas Bach said last week that there was a discussion between athletes’ groups around the world under way on how best to resolve the situation.

“I will not preempt in any way these consultations with many athletes representatives,” he said. “It would not be fair if now I make a statement giving directions or instructions.”

“The framework has been set and now let the athlete commission and athletes discuss among themselves and come up with relevant proposals.”