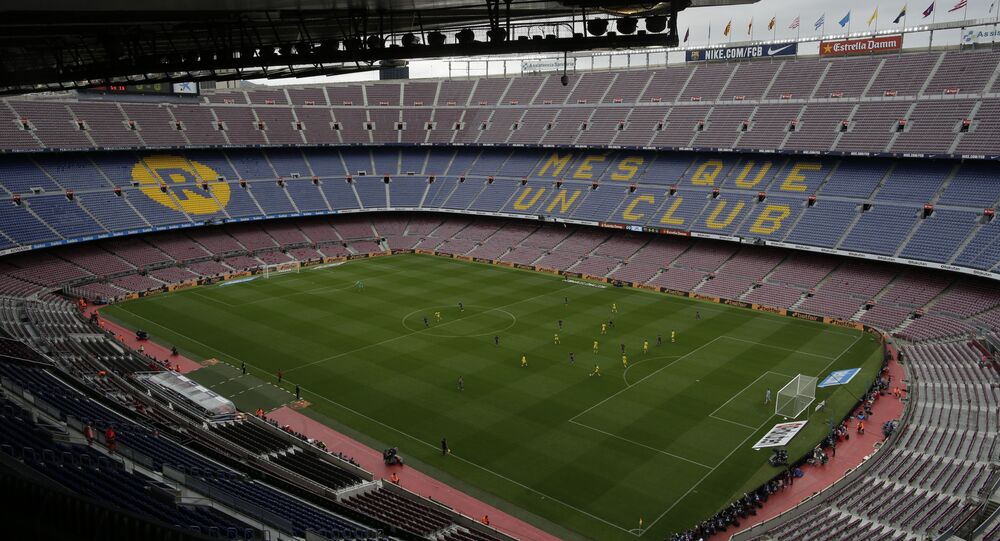 With the coronavirus pandemic having put the world of sports on hold since March, resulting in the suspension or outright cancellation of many leading tournaments, fans have been relishing the prospect of seeing their teams take to the field once again.

Spain’s La Liga is now set to return on Thursday night after being suspended since March due to the ongoing coronavirus pandemic.

All matches will be played behind closed doors in order to protect the health and safety of players, fans, and coaching staff.

Spain has been one of the worst hit countries in Europe by the disease, registering 289,360 cases and 27,136 deaths, according to the latest statistics from John Hopkins University, but conditions are now thought to be safe enough for footballers to get back on the pitch.

La Liga will become the second major European football division to resume the 2019-20 season, following in the footsteps of the German Bundesliga in May.

The English Premier League and Italian Serie A are also gearing up for a return, but top-flight football competitions in France, the Netherlands, Belgium, and Scotland have controversially curtailed their seasons early, and will aim to begin afresh in August.

The return of La Liga was facilitated by players being required to take regular coronavirus tests, as well as training in a socially distanced fashion.

“Our duty was to come back prepared for this moment. It was tough, but we've made it.If players keep breaking the rules we’ll have to consider having obligatory training camps. We hope it doesn’t come to that but if people keep going to barbecues and parties we might have to", he said.

Sevilla will take on Real Betis on Thursday night in La Liga’s first match since its hiatus, in a much anticipated Andalusian derby.

The former are looking to secure a Champions League spot for next season, and the latter are looking to solidify their top-flight status. The title race looks set to be contested yet again by giants Real Madrid and Barcelona, who will face off against Eibar and Mallorca respectively over the weekend.