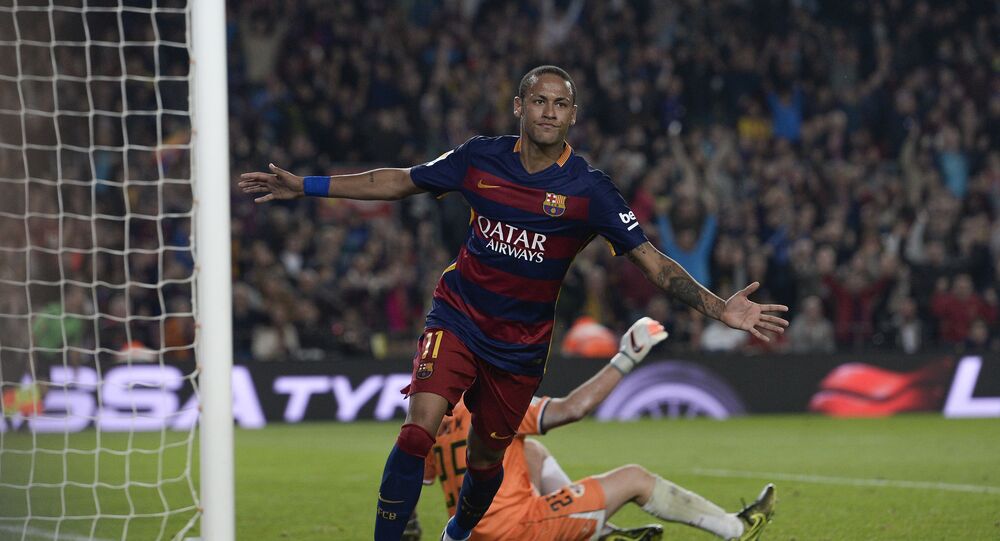 The Brazilian joined the French club in 2017 for a whopping $222 million, which became the most expensive transfer in football history. Back then, it was reported that for this sum of money one could rent a budget hotel for 10,000 years or buy a takeaway curry for every person in Chile.

Football star Neymar da Silva Santor Junior purportedly revealed to his Paris Saint-Germain (PSG) teammates that he wants to return to Barcelona, where he played from 2013 to 2017, Spanish sports newspaper Mundo Deportivo reported, without citing sources. According to the newspaper, the 28-year-old, who previously hid his regret about moving to France, is now expressing his desire to say au revoir to PSG. "I want to go to Barça", Mundo Deportivo cites the Brazilian as telling PSG players he is close with.

The news drew ire from football fans, with PSG supporters saying all Neymar wanted was money.

Son of bi*** you leave Barca because of money now why you want to come back. Because in this 3 seasons you win nothing without Farmer League trophy in Farmer League.

We don’t want you stay there

​Barcelona fans claimed his return would cause more problems for the club and wondered whether he will be able to join the squad, which is already full of football stars.

​Others said they were tired of the athlete constantly changing his mind about his future at PSG.

We are tired of this

​Rumours about Neymar’s return to Camp Nou have been circulating since the Brazilian star signed a contract with PSG. Various sports magazines claimed that the athlete has been upset with the club’s failure to win one of the world's most prestigious football tournaments, the UEFA Champions League.

Last summer, Barcelona reportedly offered PSG more than $100 million plus two rising stars Ousmane Dembele and Jean-Clair Todibo. The French club, however, rejected the offer. In April, Wagner Ribeiro, a representative of other Brazilian football superstars like Kaka and Robinho, claimed that the starting price for the 28-year-old Neymar right now is $185 million.

Mundo Deportivo reported that Neymar's beef about not bagging any Champions League trophies at PSG is what will facilitate his move to Barcelona. In other words, if PSG lifts this year’s Champions League title, which the club’s president Nasser bin Ghanim Al Khelaifi repeatedly said he dreams about, Neymar wouldn't move to Barcelona. So far, nothing is threatening Neymar's plans as PSG successfully advanced to the quarter-finals of the tournament, after beating Borussia Dortmund 3-2 on aggregate.

At the end of March, it was reported that the Catalan club is ready to part ways with Antoine Griezmann, whom it signed for $125 million, in order to invest money in other players, like 22-year-old Inter Milan star Lautaro Martinez and reportedly resign Neymar.