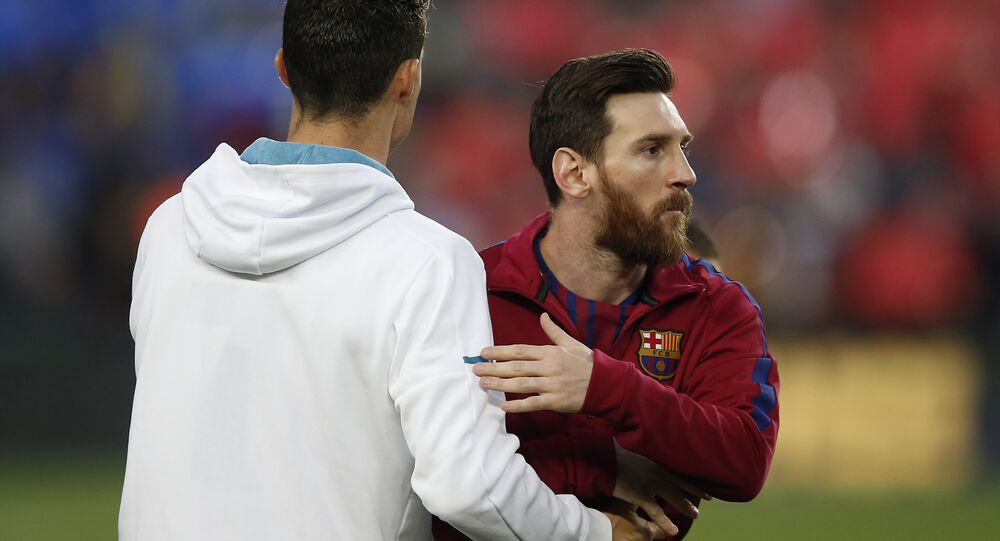 The athlete has been with Barcelona since the start of his professional career, helping the Catalan club achieve its first treble in the 2008/09 season. Every year major European teams attempt to lure away the Argentine, considered one of the best players in the history of football, however Messi keeps insisting that his heart belongs to Barcelona.

Football superstar Lionel Messi has revealed he wanted to part ways with Spain in 2016 amid a tax row with Spanish authorities. In an interview with Radio RAC1, the six-time winner of the Ballon d’Or, the most prestigious individual award in football, said he and his father Jorge felt they were "being mistreated" by Spanish officials. At the same time, the 32-year-old noted that his frustration was directed at the country and he didn’t want to leave the Catalan club.

"At that time, with the mess of the treasury, I wanted to leave, not for wanting to leave Barca but wanting to leave Spain. I never had an official offer because everyone knew my idea to stay here. It was very difficult for me and my family because people don't know much about what was going on”, the athlete told Radio RAC1 as cited by the Daily Mail.

In 2016, Messi and his father Jorge were ordered to pay 1.7 million euros and 1.4 million euros respectively in fines after they were convicted of tax fraud. Both men also were handed 21-month suspended sentences, which Spain’s Supreme Court later changed to fines.

The athlete noted that after the tax row was settled, he changed his mind about leaving Spain because of his friendship with other Barca players and the way he felt at the club.

Still, Barcelona’s lack of success in La Liga and the Champions League this season as well as feuds with sporting directors and the club’s senior officials, make Barca’s fans worry that the Argentine may say adios to Camp Nou. Although his contract ends in 2021, it features a clause, which allows Messi to terminate it at the end of every season. The Argentine has recently been linked to Manchester City and Inter Milan.

Barcelona’s players and even the club’s president Josep Bartomeu believe that like striker Pele, dubbed the king of football, Messi will remain committed to one club.