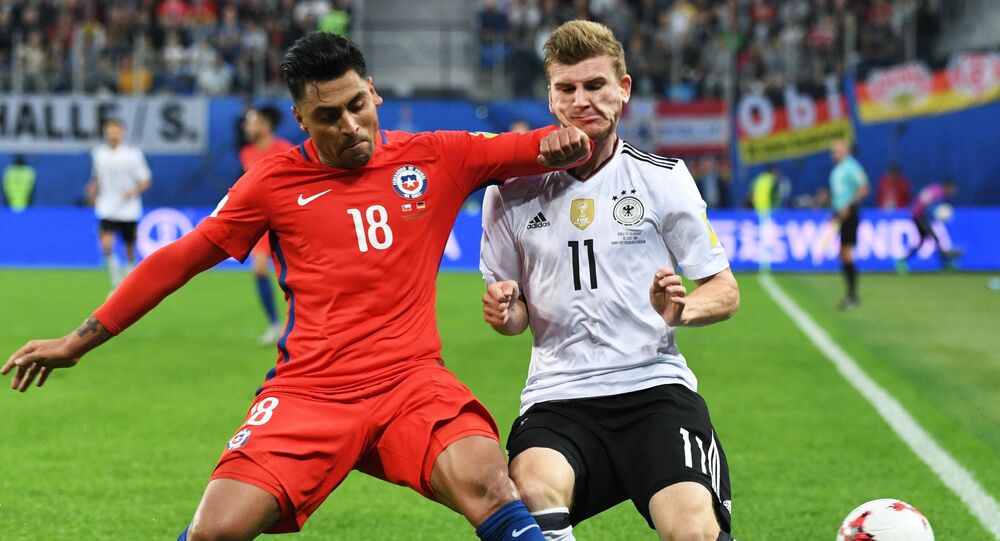 At 16, Stuttgart-born Timo Werner became the youngest player ever to represent his local team, VfB, in 2013. He joined Red Bull Leipzig in 2016 and has scored 75 goals in 122 appearances, becoming a hot property in European football.

Chelsea have beaten Liverpool to the signing of German international striker Timo Werner, it has been reported.

The London club, owned by Russian tycoon Roman Abramovich, have reported met the £54 million release clause in Werner’s contract with the Leipzig club.

It would be the first major signing since the coronavirus crisis hit the football world in March.

​Werner, 24, had been linked with a move to Liverpool, who are set to win the English Premier League this season and are managed by a German, Jurgen Klopp.

But Chelsea appear to have pipped them for a player who scored 31 goals in all competitions this season for Leipzig.

​Werner is set to team up with Tammy Abraham up front with French striker Olivier Giroud in reserve.

Chelsea have already agreed to sign Ajax winger Hakim Ziyech, who is set to join on 1 July.

The English Premier League is due to resume on 17 June and several players’ contracts are due to expire at the end of the month. Werner would appear to be eligible to play immediately for Chelsea as his Leipzig contract expires on 15 June.