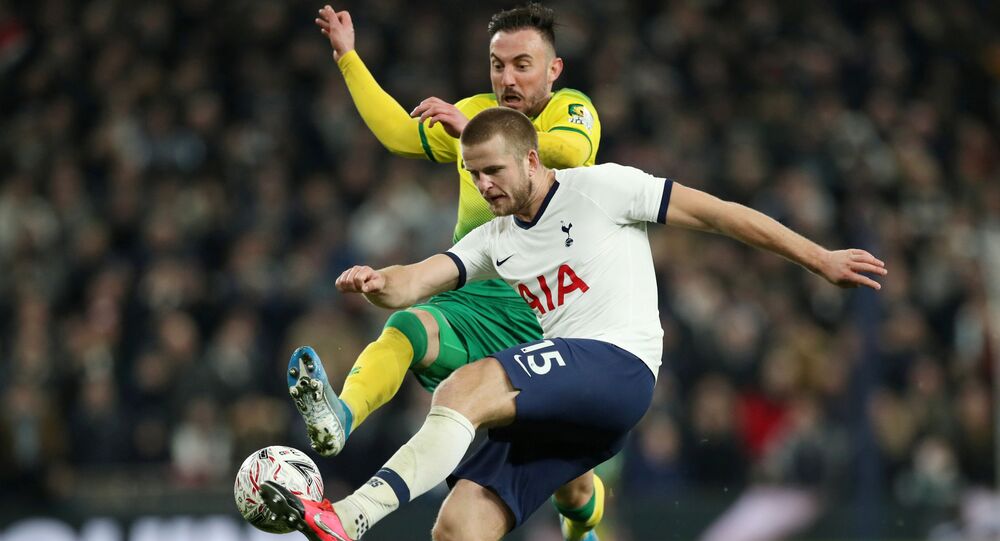 Despite the football season having ground to a halt throughout Europe amid widespread Coronavirus lockdowns, a Premier League star has found himself at the centre of controversy.

Tottenham Hotspur midfielder Eric Dier has been charged for a breach of FA Rule E3, for alleged improper and threatening behaviour towards a spectator following an altercation in March, according to BBC.

Dier was filmed climbing over seats to confront a fan after Tottenham’s penalty shootout defeat to Norwich City in the fifth round of the FA Cup; England’s most prestigious knockout competition.

© Sputnik / Alexander Vilf
Mourinho is Back! But the (Not So) Special One's Arrival at Tottenham Leave Fans Underwhelmed
Speculation arose in the aftermath of the incident as to what sparked Dier’s actions, but another clip suggests that the midfielder was reacting to goading directed towards his brother.

The midfielder has until the 8th of May to launch an appeal against the charges.

All football competitions in England have been called off since March amid the ongoing threat of the Coronavirus, and It remains unclear when the season will get underway once again.