Mourinho is Back! But the (Not So) Special One's Arrival at Tottenham Leave Fans Underwhelmed 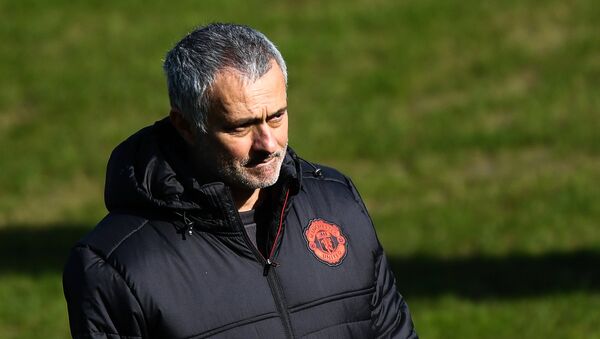 The Portuguese football manager Jose Mourinho - who sacked by Manchester United last season - has rocked up at Tottenham Hotspur. News of his appointment has been greeted with a mixture of dismay and bemusement on social media.

Jose Mourinho, one of European football's most successful managers, has been appointed as Spurs manager in succession to the Argentinian coach Mauricio Pochettino, who took them to the Champions’ League final only six months ago.

Mourinho, who has won titles and trophies in England, Spain, Italy and Portugal, said: "I am excited to be joining a club with such a great heritage and such passionate supporters.”

Any other spurs fans still got whiplash from the last 24 hours? I love poch I nearly cried last night and now we got mourinho and I’m like WTF!!!! Crying 4 poch and stunned yet slightly optimistic at the same 😭😯🙂🤪#coys @SpursOfficial #TheSpecialOne

​He has signed a contract until the end of the 2022/23 season but the news has not gone down well with a significant number of Tottenham fans, who disapprove of Mourinho’s defensive style of play and point out he failed to turn around Manchester United before being sacked a year ago.

Look at the managers who have followed Mourinho when he's gone mid-season before. Grant, Hiddink, Solskjaer, three men who let the players relax, breathe and enjoy football again. Wouldn't it make more sense for Spurs to go for someone like that - Ancelotti? - than Jose himself.

Son after realizing that he will be Full back 😂😂😂😂😂#Mourinho pic.twitter.com/gq4FzkCEbl

​Mourinho said: "The quality in both the squad and the academy excites me. Working with these players is what has attracted me."

Pochettino, 47, was sacked on Tuesday, 19 November, after Tottenham picked up just three wins from their opening 12 games, were dumped out of the League Cup by lowly Colchester United and suffered an embarrassing 2-7 defeat at home to Bayern Munich in the Champions League.

Amazing how some have bought into "Mourinho the winner" without any regard for how he leaves clubs.

Everything Spurs tried to avoid.

​Mourinho, who famously referred to himself as the "special one" when he first arrived in the Premier League to manage Chelsea in 2004, has since been sacked twice by Chelsea and once by Manchester United.

His last Premier League title was four years ago.

Jose Mourinho is still a good coach at least

He will destroy Arsenal on home, away and on TV games
He will torment Chelsea and Man United
He will win at least a trophy in his first two seasons

After that, he will fight with Harry Kane & Son and get sacked again

​But Tottenham chairman Daniel Levy was reportedly impressed with the vision Mourinho laid out and he said: "In Jose we have one of the most successful managers in football. He has a wealth of experience, can inspire teams and is a great tactician. He has won honours at every club he has coached. We believe he will bring energy and belief to the dressing room."

Gaffer. I’ll be forever thankful to you for helping me achieve my dreams. We’ve had some amazing moments in the last 5 and a half years that I will never forget. You were my manager but my friend as well and I thank you for that relationship. Good luck with your next chapter! 💙 pic.twitter.com/u64RXV7wd4

His first match in charge will be a London derby against West Ham on Saturday.

​Pochettino took Tottenham to the Champions League final in May, which they lost to Liverpool, and ultimately he leaves the club having failed to win any silverware.

But his coaching prowess has not gone unnoticed and some pundits are even tipping him to replace the struggle Ole-Gunnar Solskjaer if Manchester United fail to improve by the end of the season.

Good luck to Mourinho at Spurs. Not the busted flush depicted. He'll organise them. But it seems an odd fit unless he's given more transfer funds than Pochettino was, discovers humility, rediscovers his old humour and charm, and plays football in keeping with #thfc traditions.