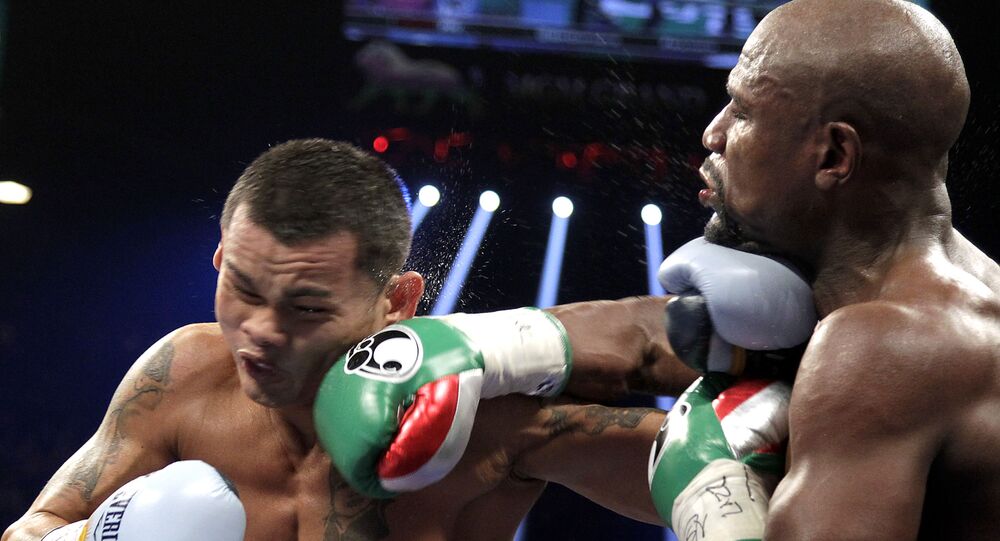 'How Much Would the Tooth Fairy Give Me?' Marcos Maidana Claims He Has Mayweather's Tooth as Trophy

The September 2014 fight between Floyd Mayweather and Marcos Maidana saw some weird moments, in particular when the Argentinian boxer bit the glove of his opponent in the eighth round.

Former Argentine professional boxer Marcos Maidana has claimed that he has Floyd Mayweather's tooth from their fight back in 2014.

In 2014, the wo boxers had two rumbles, one in May and the second one in September, both of which were won by Mayweather.

Despite losing both battles, Maidana seems to have carried quite a weird trophy out of them.

The ex-boxer has published a photo on his Instagram with Mayweather's alleged tooth placed in a holder and provided a caption that reads - 'How much would the tooth fairy give me?'.

The September 2014 fight was dubbed "mayhem" and the blow delivered by Maidana to Mayweather in the third round is the one that purportedly knocked Mayweather's tooth out.

At the same time, while admitting that Maidana is "a good puncher" and his strike "got his attention," Mayweather said that he didn't lose his tooth during that fight.