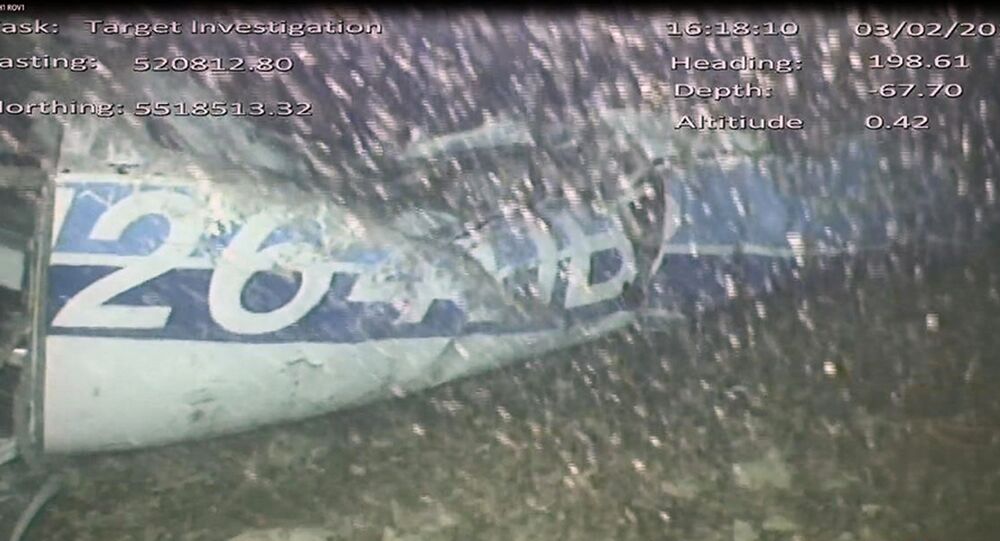 The plane, carrying Argentine professional footballer Emiliano Raul Sala Taffarel and pilot David Ibbotson, disappeared from the radars on 21 January 2019 and was located in the English Channel in last February.

The break-up of the plane after the pilot lost control, caused the crash which killed football player Emiliano Sala in 2019, according to the findings of the Air Accidents Investigation Branch (AAIB) in the UK.

The AAIB reported that the pilot, David Ibbotson, was not licensed to fly the aircraft. Ibbotson lost control of the plane while diving to avoid clouds and was likely affected by carbon monoxide, the report has found.

The report showed Sala would have been "deeply unconscious" from carbon monoxide poisoning at the time of the crash.

© AP Photo / Thibault Camus
‘Sufficient Evidence of Wrongdoing': Cardiff Seeks Charges Against Nantes over Emiliano Sala Death
The AAIB has called for a mandate requiring that planes carry carbon monoxide detectors to tackle the "silent killer" CO gas. During a press conference, investigators emphasised that a more experienced and qualified pilot could well have also succumbed to the fumes.

The small plane carrying Sala to Cardiff was reported missing in late January after it disappeared near Alderney island in the English Channel. An underwater search began on 2 February 2019 which located Sala's body late on 5 February 2019. Searches have failed to recover the remains of the pilot.

Sala, born in Argentina, was expected to join the Cardiff City football club in a transfer from Nantes club in France.