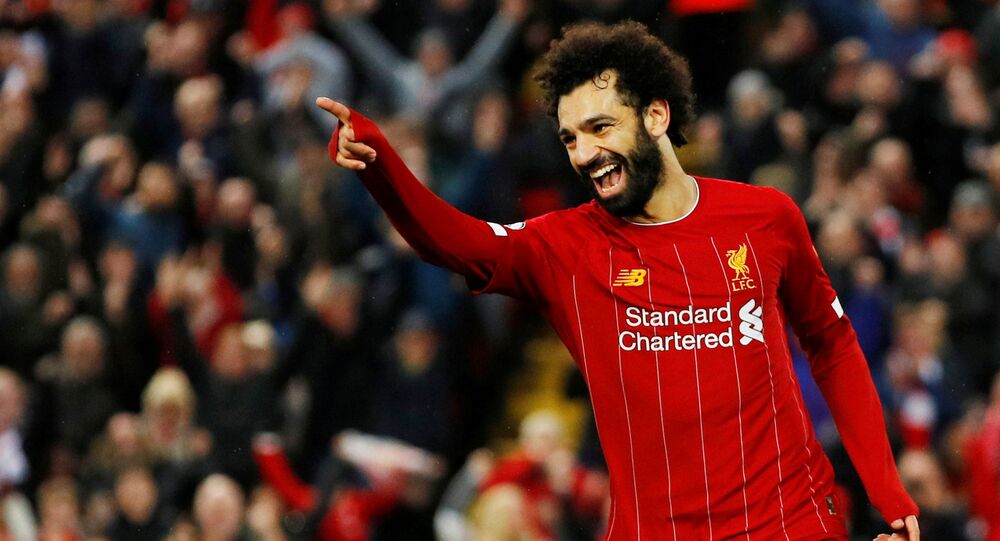 The Reds managed to claim the UEFA Champions League title last year, defeating Tottenham Hotspur at the Wanda Metropolitano Stadium. This time around the team was not so lucky in Madrid, losing to Atletico 1-0.

Liverpool forward Mohammed Salah missed an opportunity to score a goal during the first leg of the Reds Round of 16 match against Atletico Madrid, causing anger and disappointment among the team's fans. The Egyptian star picked off an errant pass from Atletico goalkeeper Jan Oblak, but instead of hitting the net he sent the ball to Roberto Firmino.

He then sent the ball back to Salah, as Oblak was approaching - but Salah was offside.

The match resulted in a 1-0 win for the Spaniards, with Atletico's Saul Niguez netting the only goal at the very beginning of the game.

Liverpool manager Jurgen Klopp stressed after the game there is no one to blame for the defeat.

​Numerous football fans, however, were not so generous, getting salty on Twitter. Some of them called out Salah, writing that he "malfunctioned", and calling his play "the worst ever".

In the meantime, others posted memes and jokes about the match.

Salah & Firmino after the match knowing that Liverpool had 0 shots on target against 4th placed Atletico
pic.twitter.com/D34j1fXg4B https://t.co/LrIOO8LxKC