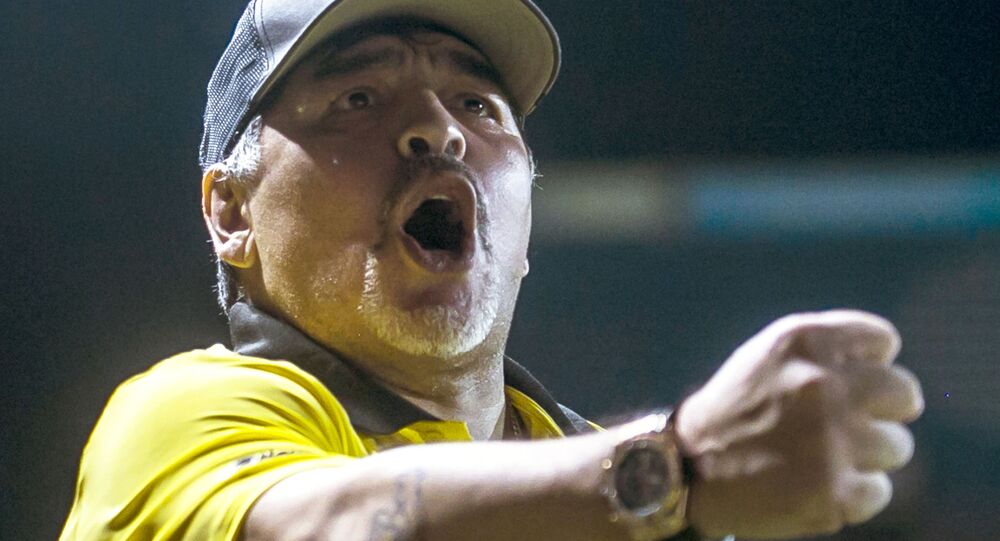 To Be or Not to Be? Argentine Legend Diego Maradona Mulls Switching Clubs - Reports

Former football player Diego Maradona on 22 November agreed to return to the Argentine sports club Gimnasia until the end of the season due to the change of its current President Gabriel Pellegrino.

Businessman Cristian Bragarnick, who is considered to be one of the most influential people of Argentine football, is getting close to closing a purchase of Elche, the Marca news outlet reported. The report has fuelled rumours that Diego Maradona could take charge as head coach of the team.

The great Argentine football player left his latest manager job after two months in charge and returned two days after he left.

​Maradona, who became the coach of the Argentine Primera División club Gimnasia de La Plata in September, said he would stay at the post only if the club’s president, Gabriel Pellegrino, refrained from participating in the club elections. It was Pellegrino’s choice not to run for the election that prompted Maradona’s surprise resignation.

The former Argentina forward's previous job before returning to Argentina was at the Mexican club Dorados de Sinaloa, which he left in June after nine months.