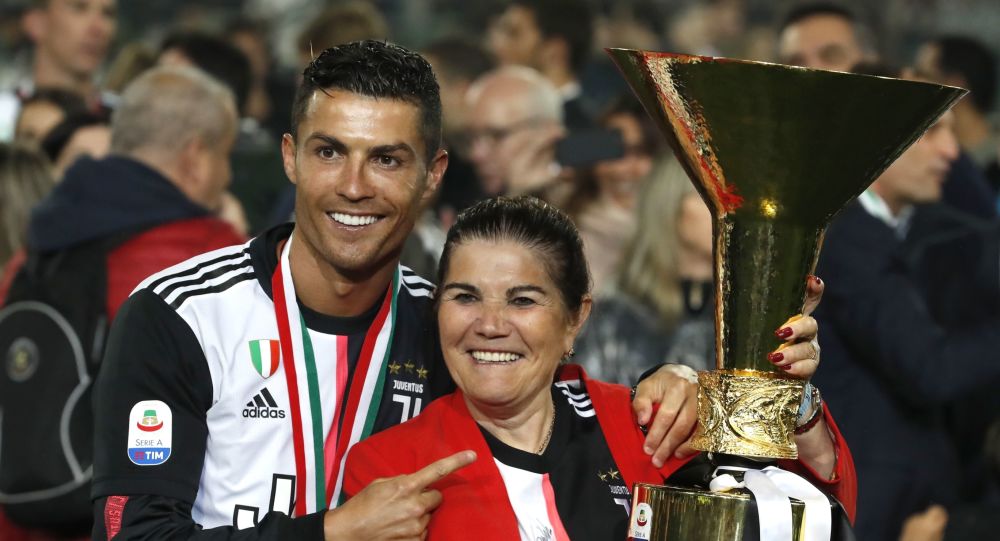 Juventus striker Cristiano Ronaldo is among the three front-runners for this year’s Ballon d’Or, the most coveted individual prize in football. Ronaldo arguably isn’t in the best position to get his hands on the trophy for a record sixth time, but rumours are swirling in Italy that he will be this year’s winner.

Cristiano Ronaldo could have won more titles if not for the international football authorities, his mother has claimed.

“There is a mafia. That's the word for it. If you look at what’s happened, you can see that there a mafia [in football],” Dolores Aveiro told reporters on Friday as she arrived at an event organised by the hotel chain Pestana, partly owned by her son.

“If he was Spanish or English, they wouldn’t have done what they've done but since he’s Portuguese and from Madeira... well this happens,” Aveiro said, without going into further detail.

It wasn’t clear from her comments whether she was referring to international competitions such as the World Cup, or European ones such as the Champions League, or individual trophies such as the Ballon d’Or.

Cristiano, 34, has won the world’s biggest individual award in football five times – just as many as his long-time arch-rival, Lionel Messi.

This year’s Ballon d’Or winner will be announced in Paris on 2 December; Ronaldo and Messi, along with Liverpool centre-back Virgil van Dijk, are on the three-name shortlist.

According to bookies, the main favourite is van Dijk who helped Liverpool win the Champions League and led the Netherlands to the final of the inaugural UEFA Nations League this year.

Messi, who won the Spanish championship and departed from the Champions League after his Barcelona side lost to Liverpool 3-4 on aggregate, is second. Ronaldo is third with the Nations League and Serie A trophies.

Although the odds appear to be against the Juventus ace, El Corriere dello Sport speculated this week that Ronaldo is ahead in the Ballon d’Or race. According to the Italian newspaper, France Football – the magazine that bestows the award – has met with Ronaldo in Turin for an interview, and he graced the cover of this week’s edition of the magazine, which proves that he is now the favourite.