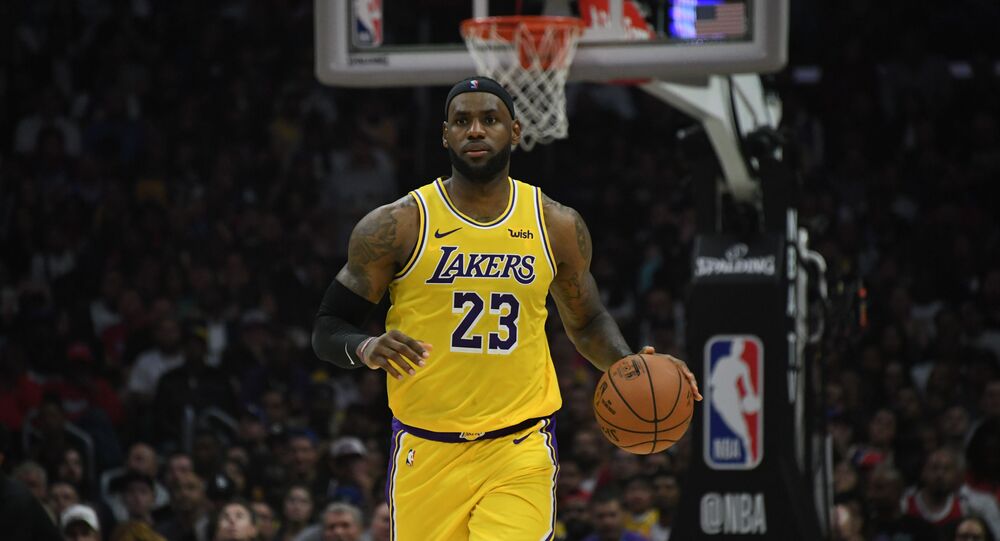 The list compiled by the magazine reveals that LeBron raked in some $92.4 million during the last year, which is a “record haul for an active basketball player,” with the runner-up, Golden State Warriors’ Stephen Curry, earning $85.2 million.

The magazine also notes that most of LeBron’s earnings came not from his salary but rather from various endorsement deals, which include a “ten-year, $275 million Nike deal”, as well as deals with Rimowa luggage, Walmart, Coca-Cola, Beats By Dre, Blaze Pizza and NBA 2K.

The basketballer also owns a digital media company called Uninterrupted and a production firm, SpringHill Entertainment, which is expected to release “a sequel to the 1996 Michael Jordan vehicle ‘Space Jam’ in conjunction with Warner Bros” in 2021.

Earlier this year, LeBron James was thrust into the media spotlight due to his criticism of Houston Rockets general manager Daryl Morey when the latter posted a since-deleted tweet in support of the protesters in Hong Kong.

LeBron’s remarks even appeared to attract the attention of the creators of satirical animated series "South Park", who seemed to have made a not-too-subtle dig at him in one of the show’s latest episodes.