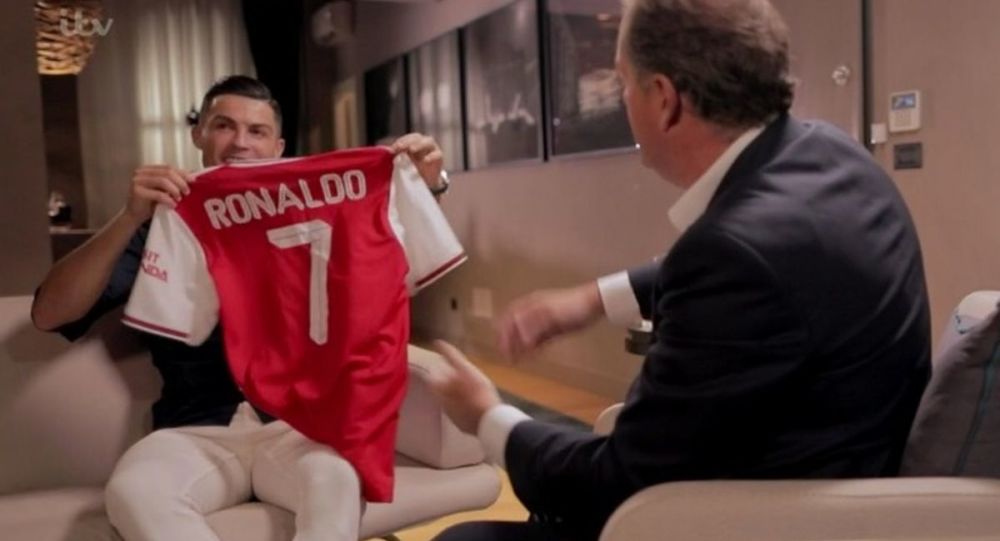 ‘One Step Away’: Cristiano Ronaldo Reveals How Close He Was to Joining Arsenal

Portuguese superstar Cristiano Ronaldo, who is considered to be one of the best footballers in history for receiving a record five top Ballon d'Or awards, is currently in a competition with Lionel Messi to win his sixth.

Cristiano Ronaldo, captain of the Portugal national team and the celebrated Juventus forward has recently broken the hearts of many Arsenal fans by revealing that he was “very close” to joining the club back in 2003 when he made a move to Manchester United instead.

Speaking to Piers Morgan on ITV, Ronaldo confirmed that he nearly joined Arsenal at that time, meaning things could have been very different for the English club.

“I was one step away” said Ronaldo replying to the question about how close he was to joining the club.

“Forgive me for not joining Arsenal", he said in a joking manner to Piers Morgan who admitted that the footballer’s decision had broken his heart.

Arsenal's former manager Arsene Wenger earlier opened up about his failure to attract the 18-year old rising star from Sporting Lisbon in 2003, who signed a £12.24 million contract with Manchester United instead, making him the most expensive teen footballer in English history at that time.

“I appreciate what Arsenal did for me, especially Arsene Wenger. They're a great club", said Ronaldo admitting Wegner’s efforts to draw the footballer to the club.

The Portuguese player also revealed during the interview that he considers a goal in a match for Real Madrid against his current club Juventus in 2018 to be the best goal of his career.

"My favourite goal is the one I scored against Juventus. By far the best I scored in my career", said Ronaldo. "I tried many times but I never succeeded. I think I'll never see a bicycle goal like that, probably one of the best goals I've seen, even if someone else scored it".

In 2018, the 34-year-old Ronaldo signed a four-year contract with Italian club Juventus on a €100-million-transfer, which is considered to be the highest ever transfer fee for a player older than thirty.