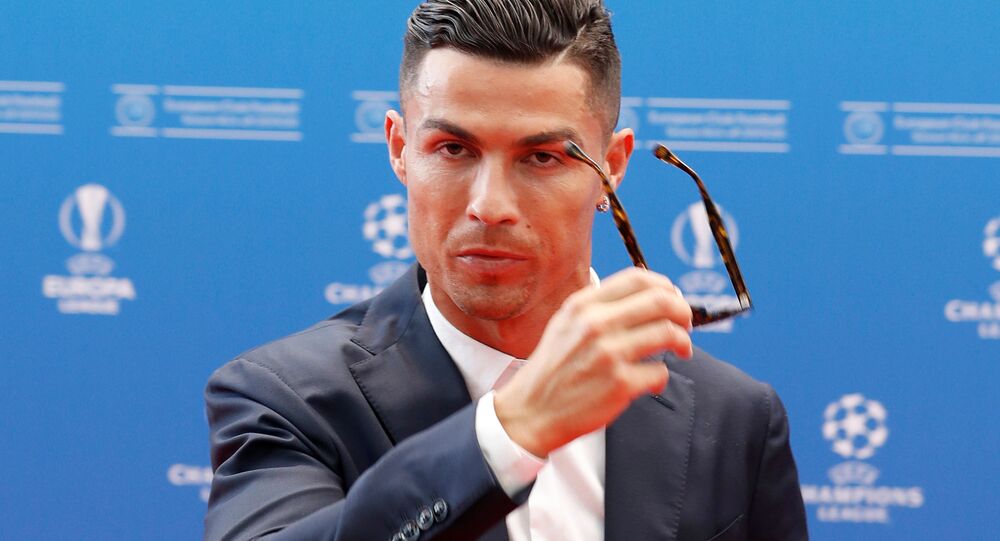 Juventus forward Cristiano Ronaldo, widely regarded as one of the greatest footballers ever to play the game, sat down with UK’s Piers Morgan in Turin, Italy for an hour long special to open up about life, love and his career.

The “King of Football” Cristiano Ronaldo broke down and cried in a profoundly emotional moment during a recent interview, which will air on 17 September.

During the course of a rare hour-long special with the UK’s Piers Morgan in Turin, Italy, the Juventus and Portugal star opened up about his life and the ups-and-downs of his career.

When Ronaldo was shown footage he had not seen before of his father Jose Dinis Aveiro speaking about him on his doorstep, before the Euro 2004 tournament in Portugal, he could barely contain his tears.

‘He doesn’t see me receive awards.’

In an emotional interview, @Cristiano breaks down in tears over the loss of his late father and the fact that he never got to witness his son's success.

Watch the full interview on @ITV on Tuesday at 9pm.@piersmorgan | #GMB pic.twitter.com/LybbJn31VR

His father, an ex-military man and alcoholic, passed away of liver failure a year later, aged 52.

Moved after hearing his father talking about him with such glowing pride, he continued:

“I [thought] the interview would be funny, but I didn't expect to cry. But I never saw these images. I don't know where you... I have to have these images to show my family.”

“But I really [didn't] know my father 100 percent. He was a drunk person. I never spoke with him, like a normal conversation. It was hard.”

The former Manchester United and Real Madrid player was just 20 when his father passed away, so he missed out on much of his son’s success in his football career.

He also missed the birth of Ronaldo’s four children.

My family see, my mum, my brothers, even my old son, but my father, he didn't see nothing, and it was... he died young,” lamented the celebrity.

A childhood friend of Dinis Aviero, who served with him in the army, said that he used to brag about how his son would be the best player in the world one day. He also claimed that as war veterans, he and Ronaldo's father “were abandoned”.
He said:

It was Ronaldo's mother, Dolores Aveiro, who has supported the footballer throughout his career.

In a revealing moment in 2014, Dolores admitted she had tried to abort Cristiano by drinking warm beer and running “till she dropped”, after doctors refused to help her.

“He told me when he found out, 'Look mum, you wanted to abort and now I'm the one who's pulling the purse-strings in the house.'”

Steering the conversation to love, Ronaldo gushed about how much his girlfriend Georgina Rodriguez means to him:

"She helped me so much. Of course I'm in love for her. We'll be (married) one day, for sure. It's my mum's dream as well. So, one day. Why not? It's great. She's my friend. We have conversations. I open the heart for her and she open the heart for me.”

He is also one of the most famous people on the planet, if social media is anything to go by, with more than 183 million followers on Instagram.

Cristiano Ronaldo Leaves Netizens in Stitches as He is Caught Sniffing Hair... Again