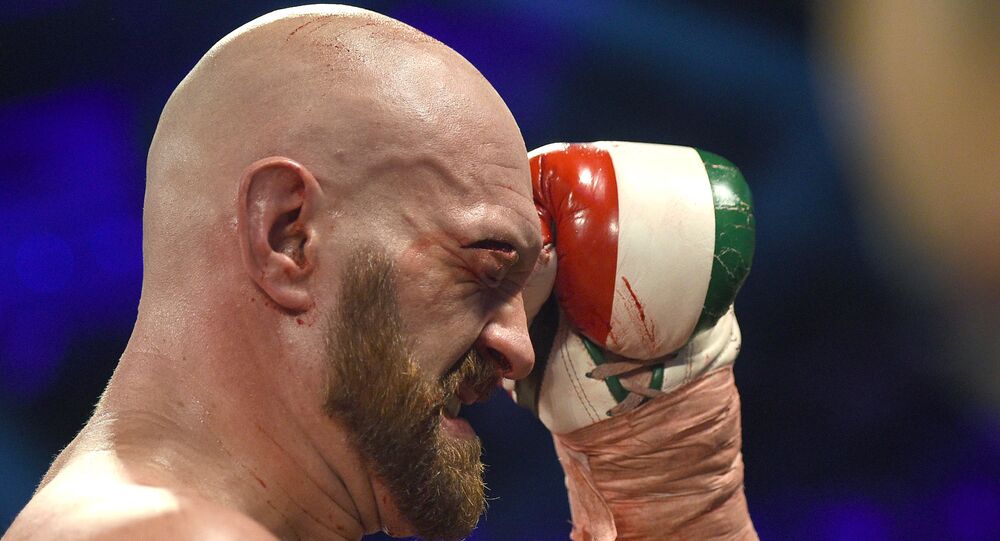 The match with Wallin was the 29th victory for Tyson Fury who has had 30 bouts in his professional boxing career with only one draw among them: against Deontay Wilder last December.

As famous boxer Tyson Fury triumphed in his bout against Otto Wallin via an unanimous points decision, his father, John Fury, expressed concern about the injuries his son sustained during the fight and the impact they might have on the athlete’s career.

According to The Sun, by the end of the match Tyson was sporting "a two-inch gash on the eyebrow and a slit on his eyelid," and now needs to wait for them to fully heal before stepping back into the ring again.

"An injury like that could finish his career, he might need surgery on that. I am worried about that cut," he said.

John also blasted his son’s trainer, Ben Davison, insisting that "if Tyson had been in front of one of the top-three or Alexander Povetkin, he would not have won."

"I am a straight talker and that is the worst I have ever seen him. I have half an idea what went wrong but I cannot share it. He has done an eight-week camp but his strength and power have gone," he said. "He was as weak as a kitten. His body looked a lot softer tonight. He is not an 18 stone fighter, he wants to be body beautiful. I have seen this coming. I saw this coming. If he keeps hold of that team, that whole team, they will cost him his career. Ben Davidson and everyone."