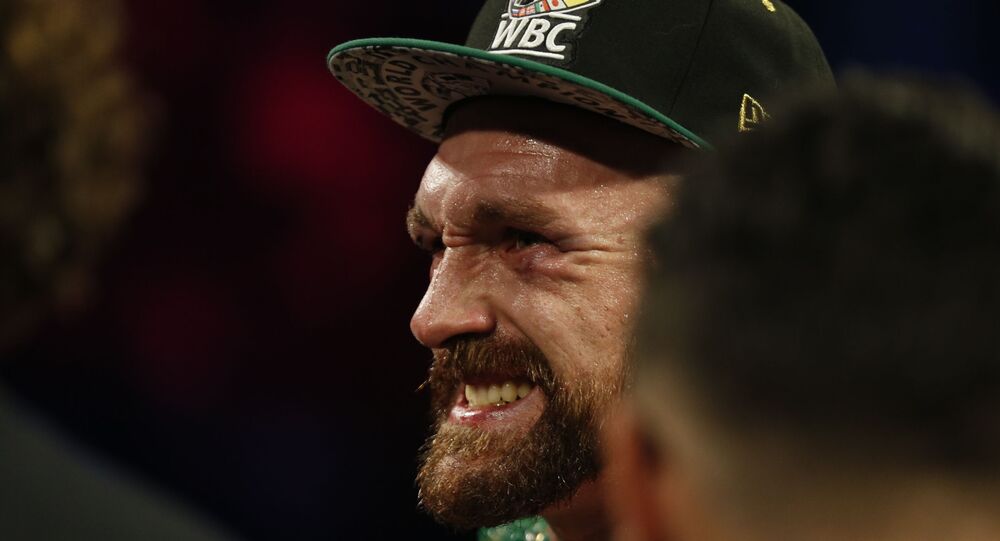 The bloody fighting marked the first loss by the Swede Otto Wallin, who had previously been in 21 matches without a single defeat.

The UK professional boxer Tyson Fury has secured a victory in a fight against Otto Wallin, beating the Swede by unanimous decision from the judges. Fury, also known as Gypsy King, won with scores of 116-112, 117-111 and 118-110.

Speaking after the match, Fury praised the fight noting, however, that it was tough as he was hit in the eye and could not see for the most part of the duel.

He also applauded his opponent, saying that his father who recently passed away, would have been proud of him.

Meanwhile, Wallin said he did everything he could, noting that Fury was a great champion.

"Nobody can question my heart or question that I'm a good fighter," the Swede concluded.

The match held at T-Mobile Arena in Las Vegas became the 29th win for 31-year-old Tyson Fury. The boxer has participated in 30 matches during his professional boxing career with only one draw among them: against Deontay Wilder last December.