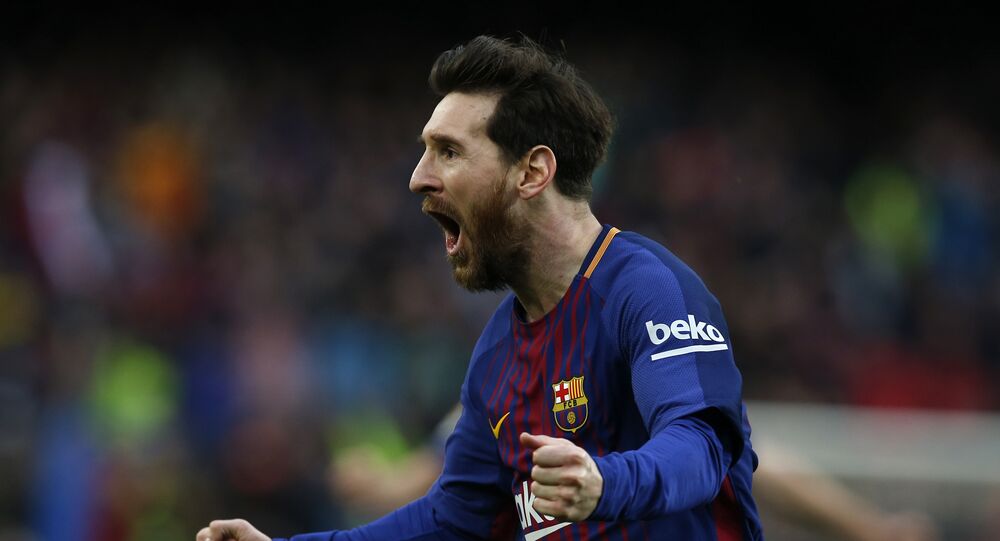 The Brazilian football legend has been open about his admiration for Argentina's national treasure, Lionel Messi, once revealing that the Barcelona captain is a "very special player" that "makes me dream".

Speaking with Spanish newspaper AS, Ronaldo Luis Nazario de Lima shared his personal list of five footballers he enjoys watching most, having left out the pride of Portugal, Cristiano Ronaldo.

The former Brazilian superstar heaped praise on Barcelona's Lionel Messi and his unique skills, saying that for the next two or three decades his talent will be unmatched by any other player.

Ronaldo didn't mention Cristiano, however, in the past he told Sky Sports Italia that CR7 cannot be "forgotten or excluded", even though "Messi excites me as a player":

"Messi really excites me as a player, he makes me dream, he makes me have a lot of fun, he is a very special player. But Cristiano Ronaldo cannot be forgotten or excluded, he is another special player with a lot of quality and incredible strength of character. Both of them make me dream".

Lionel Messi and Cristiano Ronaldo have long been viewed as the world’s best players, each winning five Ballon D’or awards before Luka Modric broke their shared deadlock on the top prize last year.