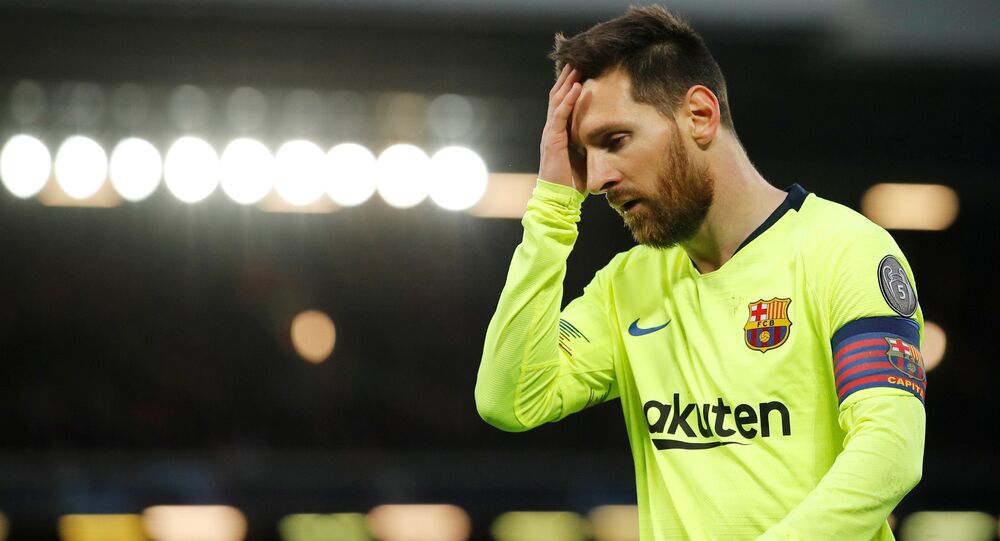 Barcelona players Coutinho and Suarez had a nightmare return to Anfield, seeing their former club pull off one of the greatest European comebacks in history, at their expense. Messi, unfortunately for Barcelona fans, was rendered a bystander, unable to use his magic to help the La Liga giants reach the final.

Brazilian football legend Ronaldo Luis Nazario de Lima has argued that FC Barcelona star Lionel Messi has to shoulder some of the responsibility for Tuesday's crushing defeat in Liverpool.

"Barcelona is a great team, and they have the best player in the world which is Messi," Ronaldo said at a Santander Bank press conference, as quoted by the Spanish Marca newspaper.

"The other day I heard that when they lose, it's because of Valverde, Coutinho… but not Messi. And when they win, Barcelona win because of Messi," he added.

"It's a tremendous lack of respect to all the players and the coaching staff."

The now-retired striker, who became the majority shareholder of Spanish top-flight team Real Valladolid last year, said Liverpool was superior to Barcelona on Tuesday in intensity and motivation.

"When a team is a lot more motivated, with an intensity on the pitch that is noticeably greater than that of their rivals, [the comeback] can happen," the 42-year-old noted.

"The first leg was a great match by Barcelona, with an exceptional performance by Messi, but in the second leg, Liverpool overwhelmed them with intensity, desire and a clinical nature."

Liverpool on Tuesday achieved one of the most miraculous comebacks in Champions League history, beating Spanish giants Barcelona 4-0 after a 3-0 first-leg defeat.

The Reds progressed to their second UCL final in a row, while Barça crashed out of the tournament after blowing a three-goal lead for the second straight year. Last year, Italian club Roma overturned a 4-1 first-leg deficit to beat Barcelona 3-0 and advance to the last four, knocking the Catalans out.

The Spanish side this time came under fire from local press. The Catalan-based Sport newspaper gave two Barcelona players a 'zero' rating, while the highest-ranked players, Lionel Messi and Arturo Vidal, received five points out of ten.

The Madrid-based Marca newspaper gave no score to ten Barcelona players, while goalkeeper Marc-Andre ter Stegen, as well as Vidal and Messi, received a one-star rating.

Ajax On Verge of Champions' League Final But Against Barcelona or Liverpool?