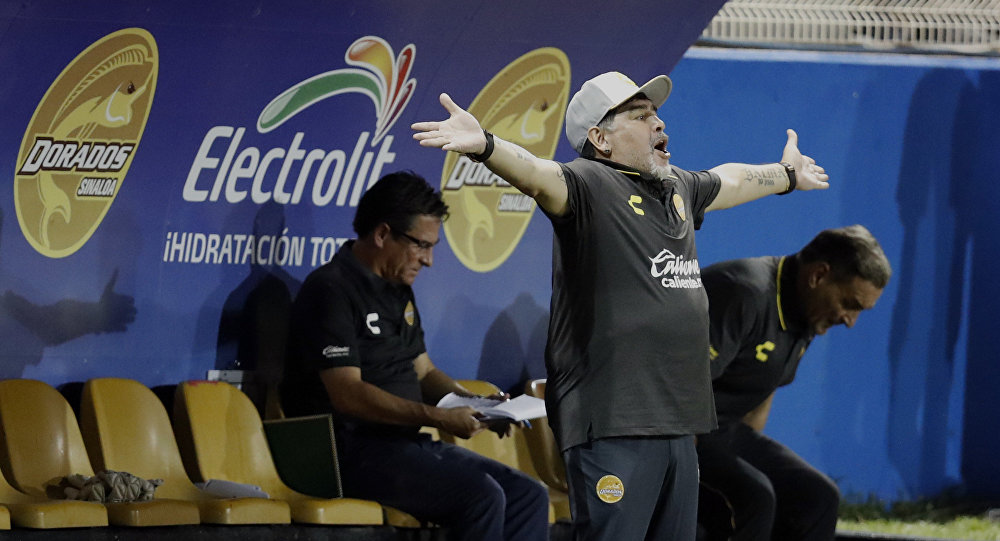 Maradona is widely considered to be one of the greatest football players of all time, but his coaching record isn't quite as impressive. After his team wasn't awarded a vital penalty, the 58-year-old says he might be through with football.

Just over half a year after becoming the head coach of Mexican second-division club Dorados de Sinaloa, Diego Armando Maradona has voiced plans to leave the team and football altogether.

"I'm going to speak with the [club's] president," Maradona told reporters. "It ends how it ends, maybe I'll leave Dorados. I don't have a fixed contract with anyone."

READ MORE: 'Who Are These Yankees?' Soccer Icon Maradona Blasts US Meddling in Venezuela

His comments came after Saturday's 1-1 draw with Venados de Merida. Venados scored an equaliser six minutes before the end of full time. Dorados were not awarded a penalty kick after their striker Amaury Escoto was brought down in the area — something Maradona described as referee bias.

"There was a very clear penalty on Escoto," he said. "Do you know why they didn't give it away? Because you would say tomorrow that, if it were given, it had been given because it was Maradona's team."

"So I'm doing a disservice to Dorados and that's why I'm leaving. I'll speak to the president seriously and there's no going back." 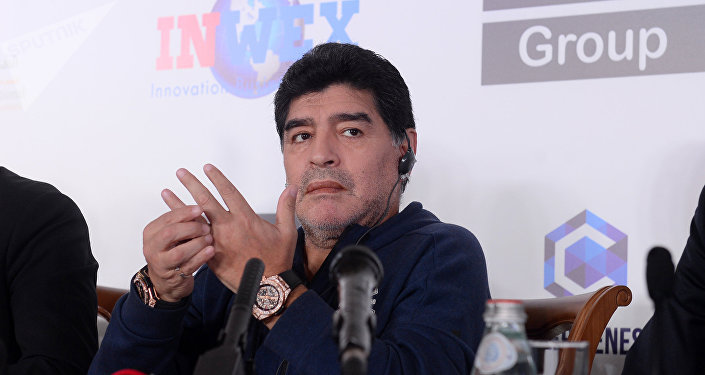 However, the 1986 world champion said that he is tired of football, but he would like to stay in Sinaloa.

Maradona's team is currently placed fourth in Mexico's second division, seven points behind league leaders Atletico de San Luis. They need three points to qualify for the playoffs and fight for promotion to the top flight. Saturday's draw has put Dorados under increased pressure, as they will require a victory next Friday against Atletico San Luis to advance to the postseason.