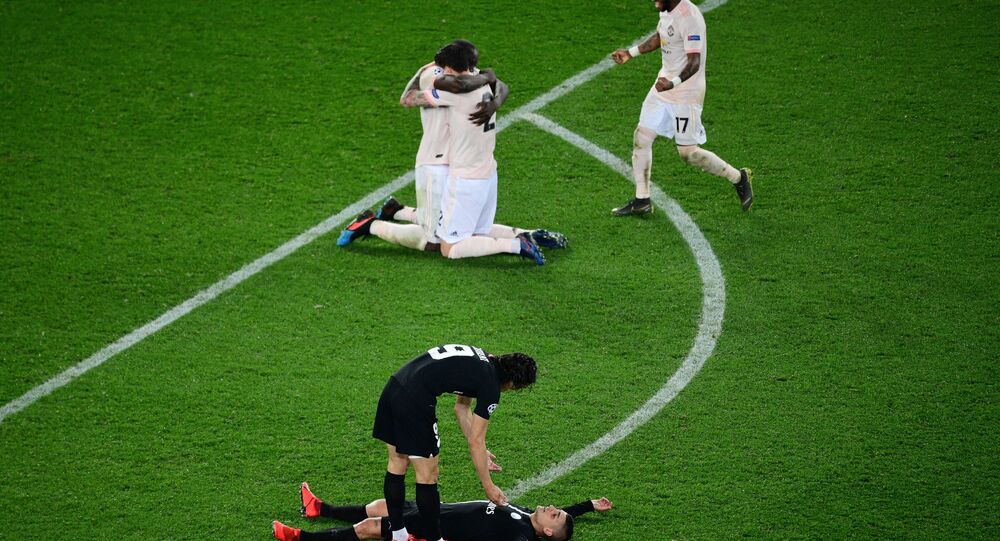 Paris St Germain's Champions League exit at the hands of Manchester United has left the club furious but club president Nasser al-Khelaifi said there would be no knee-jerk reaction to sack German coach Thomas Tuchel.

PSG's Brazilian striker Neymar — who missed the game with a foot injury — blasted the controversial decision to give Manchester United a penalty in the 90th minute which Marcus Rashford scored to knock the French club out of the Champions League on Wednesday, 6 March.

Rashford scored to make the score 3-1 to United on the night, 3-3 on aggregate, but the English club went through to the quarter-finals thanks to the away goal rule.

"This is a disgrace. They put four guys that do not understand football to watch it in slow motion. This doesn't exist," Neymar railed in expletive-laden rant against the officials on Instagram.

He later removed the offending post but his outburst was not criticised by PSG coach Neymar.

PSG's social media channels showed Neymar watching from near the bench in the final minutes, screaming and urging his team-mates on.

The shock result was the latest coup for Manchester United's caretaker manager Ole Gunnar Solskjaer, who has managed a staggering turnaround in the club's results and performances since taking over from Jose Mourinho in December.

It was the first time any team had lost the first leg of a Champions League game by two goals and still gone through.

Even more remarkably United managed it despite a long injury list and key midfielders like Paul Pogba and Juan Mata were missing.

The Norwegian's stock is now sky high and his former team mate Gary Neville, now a TV pundit, said he deserved to get the manager's job full time at the end of the season, or even before.

Solskjaer's record as interim boss now stands at 14 victories from 17 games in all competitions.

"The form guide says it all. I'll be surprised if Solskjaer is not awarded the job during the international break. I can't believe what's happened. I thought when he first came in it was to reconnect the club with fans… someone who the club could rely on to give information to the board and then they would appoint the best manager in the world," Neville told Norwegian broadcaster Viasport.

United are now fourth in the Premier League and playing the sort of thrilling attacking football that was last seen at Old Trafford when Sir Alex Ferguson was in charge.

"The performances are very good. The fans are loving it. It's been a sensational three months and I think Ole Gunnar Solskjaer will get given the job," Neville said.

"That's the Champions League, it's what it does. It's this club, it's what we do, that's Manchester United," Solskjaer said afterwards.

"I love it. I'm so happy," said Eric Cantona, the French international who helped United win four league titles and two FA Cups during the 1990s, after watching the match at the Parc des Princes stadium in Paris.

PSG have spent a fortune on assembling a team capable of winning Europe's elite club competition but have failed to even reach the semi-finals since being taken over by a Qatari syndicate in 2011.