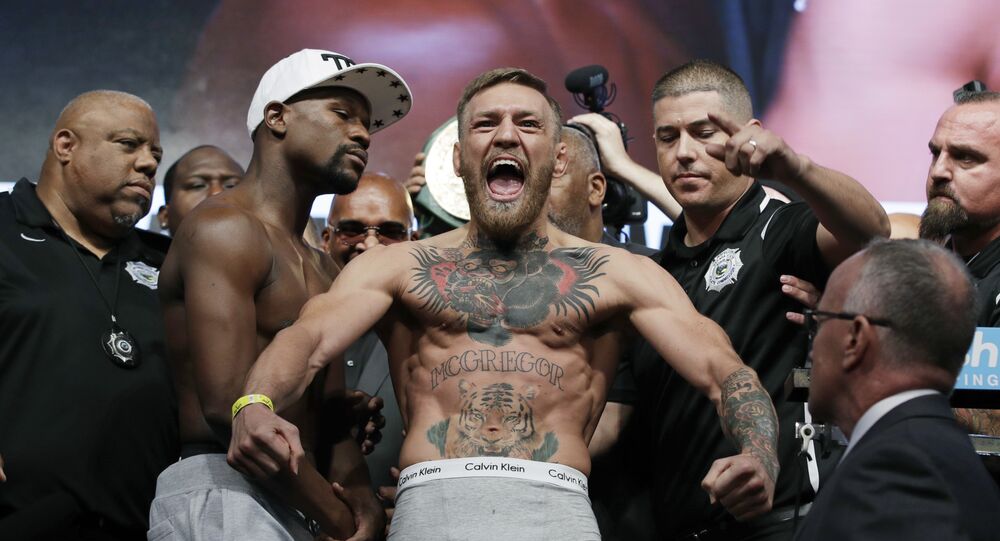 MMA fighter Conor "The Notorious" McGregor, who allegedly had sex with a Liverpool woman and fathered a child with her, has shared a cryptic message with his fans.

The Irishman, who is currently suspended from fighting for six months, posted a picture of himself staring at a clipboard half-naked, accompanied by his exercise physiologist, Dr. Julian Dalby, and teammate Peter Queally.

"The results are in! It turns out we are actually horses. Giddy up!" reads the caption.

It is unclear which results he was referring to, but the post came at a time when rumours are swirling around his alleged hook-up which resulted in an unexpected pregnancy and calls for a paternity test.

Terri Murray, a single mother-of-one from Liverpool, claims that she had sex with McGregor in April 2017, and gave birth to his daughter last January.

The Mirror reports that McGregor is understood to be willing to go through a paternity test. The result could be of huge importance for his private life: according to Terri's account, the hook-up took place some four weeks before his long-time partner, Dee Delvin, gave birth to their son, with the second child having come just a month ago.