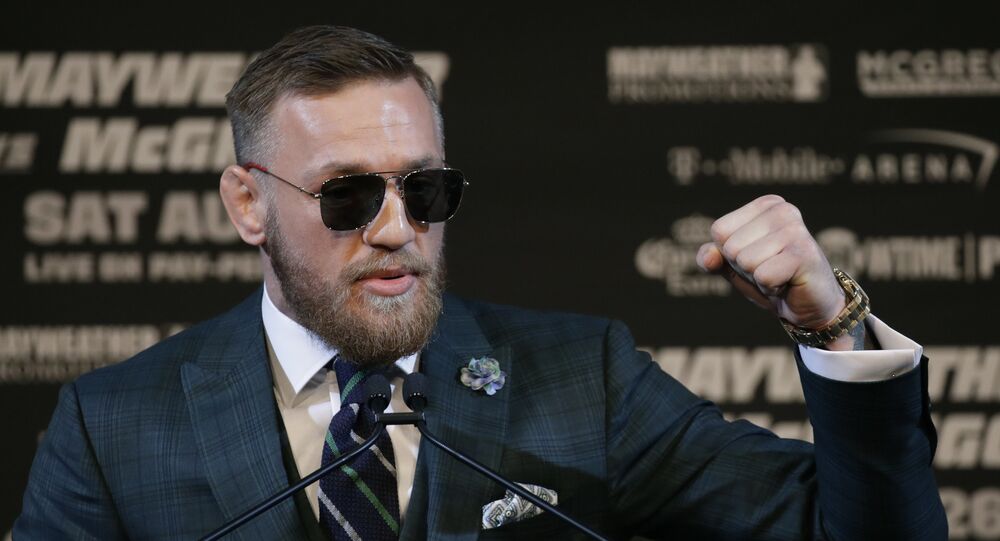 The two allegedly slept together in April 2017, when Conor came to Liverpool for a prestigious horse race. Conor denies that they had sex, which is said to have happened a month before his long-time partner gave birth to their first child.

Terri Murray, a single mum from Liverpool, says that Conor McGregor's name should be on her one-year-old daughter's birth certificate.

Terri, 26, told the Irish Mirror that she hooked up with the UFC star when he travelled to Liverpool for the 2017 Grand National horse race.

She says she was invited to McGregor's suite at the Hilton Hotel after recognising people from his entourage. After rejecting the advances of one of his pals, she alleges she approached the Irishman to take a photo with him.

"I've said to Conor 'Hiya' and he has gone ‘I've been waiting for you', and I've gone 'Conor, I never got an acceptable picture with you before, can I get a picture with you?'" she was quoted as saying.

Terri shared photos which show McGregor sliding his arm up her miniskirt, but that was apparently not the only interaction he braved that night.

"I was laughing and looking in the mirror and he has got his arm around me and I've gone to take a photo. Then I've thought, well, Conor McGregor! I know it is bad, he has got a girlfriend, but I wasn't thinking about that. I just started kissing him back."

The UFC fighter, who was suspended for six months for the October post-match brawl with Khabib Nurmagomedov's camp, has been dating Dee Devlin for some ten years. She gave birth to his second child in early January 2019, and according to Terri's account, their hook-up took place just four weeks before Conor and Dee had their first child, Conor Jr.

© AP Photo / John Locher
Conor McGregor 'Reveals' What He Told Khabib Nurmagomedov During Epic Vegas Bout
"I remember saying, 'Have you got a girlfriend?' and he said he had been on and off with this girl for years. I told him I wasn't on nothing [contraception] and he was like 'Ah f*** it, babe'."

She alleges they again had intercourse a couple of days after the first encounter. The next month, Terri found out that she was pregnant, but The Notorious did not respond to her messages about the happy news.

Terri, who describes herself as a full-time mum, found herself in a difficult situation. "I'm still thinking I shouldn't do this, it is wrong. It has got to the point [that] I'm living with my mum, on my own, with no job, with a baby. I'm struggling, it is harder than I thought it was.

I really didn't want to do this, I wish we could have sorted it out privately. I don't know why he let it come to this."