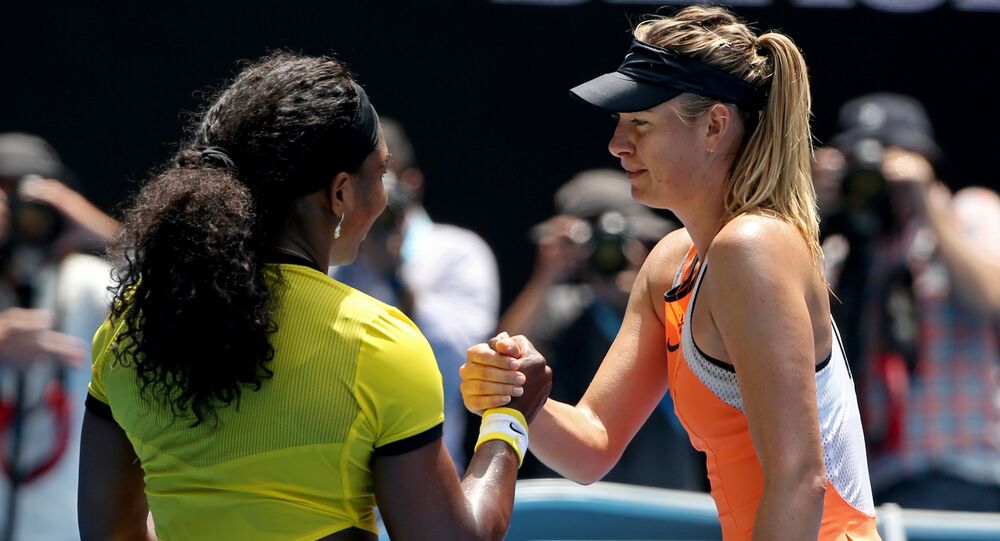 While the Williams-Sharapova head-to-head battle for the tennis crown is being viewed by some as a monopoly rather than a rivalry (given Serena's 19-2 record), it has become one of the most enduring confrontations in women's tennis.

American tennis ace Serena Williams has explained what brings her together with Russia's Maria Sharapova — aside from their 14-year-long rivalry.

"I think Maria and I both play well. I think we have a lot of similar things. We give 100%, I think. Doesn't matter who we play. We are both, I think, really intense on the court, and I think fans like to see people that really try really hard no matter what," Serena said, as quoted by Tennis World. "And so when those two people play each other, it's one person that tries super hard playing another person that tries really."

Williams and Sharapova have squared off 21 times in their careers. It all started in 2004, when then 17-year-old Sharapova defeated Williams in the Wimbledon final. Serena has defeated the Russian 19 of those times. The last time the two were to go toe-to-toe was in round 4 of this year's French Open, but Williams pulled out of the clash due to a pectoral injury.

Serena, 37, has claimed 23 Grand Slam singles titles — one fewer that the all-time record holder Margaret Court. On top of this, she has picked up four Olympic gold medals.

Maria Sharapova is a 5-time major singles winner; she also took silver at the 2012 Olympics after losing to her long-time nemesis Williams.

Williams is currently 16th in the WTA rankings, Sharapova is listed as 29th.