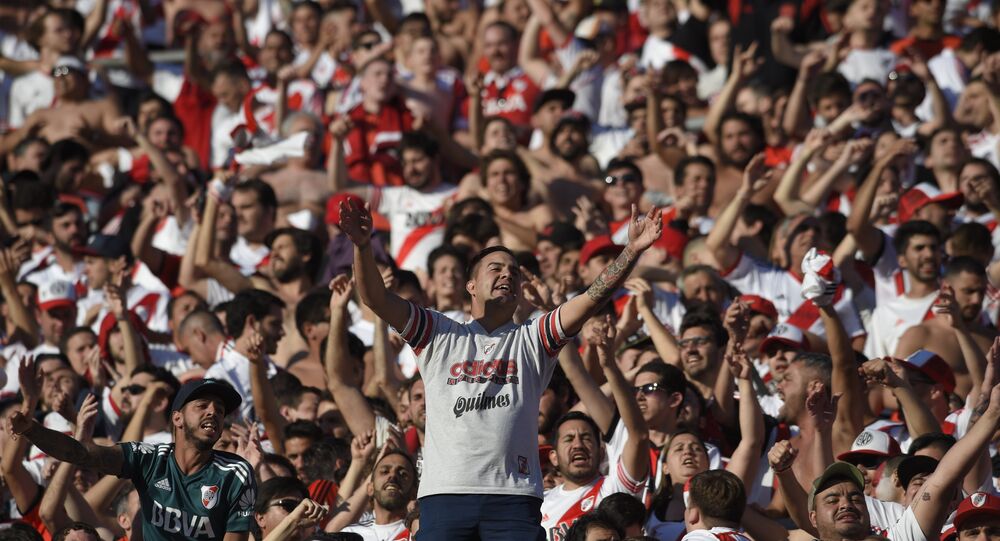 The Spanish authorities fear up to 500 Argentinian football hooligans might be heading their way for Sunday's Copa Libertadores final. The game was called off last month after a team coach was attacked by supporters.

The game between River Plate and Boca Juniors will take place at the Bernabeu Stadium on Sunday, December 9, after CONMEBOL, the South American football ruling body, ordered it be moved from Buenos Aires.

It is the first time both Buenos Aires clubs have made it to the final of the Copa Libertadores — the South American equivalent of Europe's Champions' League — and the sense of occasion has led to the so-called Superclasico boiling over.

The first leg of the final took place at Boca's stadium, known as El Bombonero, and ended in a 2-2 draw.

The second leg, which was due to be played on November 24 at River Plate's El Monumental stadium was called off after River fans attacked Boca's team coach, shattering a window and injuring a number of players.

It was first postponed for 24 hours but then when it became clear the Boca players were too scared to play at the El Monumental the decision was taken to move it 6,000 miles to Madrid.

But CONMEBOL ruled that fans of both teams would be allowed to attend the game, unlike the first leg where River Plate fans were banned and the original second leg, when Boca Juniors supporters were prohibited.

River/Boca half-and-half flags in Madrid ahead of Sunday's game. Unlikely these will be popular among Argentine fans… #CopaLibertadores2018 https://t.co/PcSNEHRs2v

​Both teams have been given 25,000 tickets each, although less than 5,000 are expected to fly over from South America for the game.

Spain will have 4,000 police officers in operation in Madrid ahead of the game.

"Police are working closely with Argentine forces. There are a group of between 400 and 500 people who are especially violent," local government delegate Jose Manuel Rodriguez Uribes told a news conference on Friday, December 7.

"We are working on establishing maximum security at the airport, the roads, bus stations and metro stations to detect violent people and those who have criminal records," said Mr. Rodriguez.

Beware of the Barras Bravas

Football hooliganism is almost out of control in Argentina and most of the big teams have violent fans, known as barras bravas, who follow them and try to attack rival fans and players.

One of Boca Juniors' barras bravas was deported from Madrid on Wednesday, December 5, but several others have been cleared to travel.

Deportes Cuatro reporting that if Boca Juniors win they will celebrate in Plaza Colón — good idea ✅ lots of space and away from the heart of Madrid.

If River win they will celebrate in Sol — bad idea 🚨 literally the heart of Madrid during the busiest weekend of the year.

Boca Juniors star Carlos Tevez — formerly of Manchester United and City — said he was confident the game would go ahead without serious violence.

"It's important Spain are making an example of the barra bravas and are cracking down," he said on Friday.

"People are smart, they know they can't cause trouble here and everything should happen peacefully. It's important for everyone involved to know that while it is a final, of course, it is a football match," said Tevez.