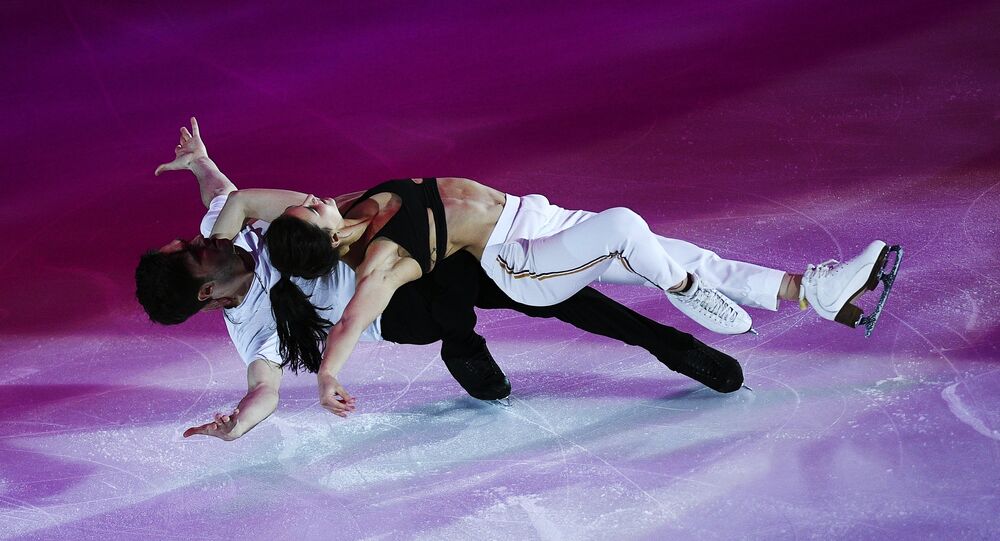 After Russian figure skater Elizaveta Tuktamysheva took off the top of a sexy flight attendant’s uniform while performing the cantilever element and finished her programme in a bra at the Grand Prix in Canada, stripping on ice has apparently become a thing.

Russian skating pair Sofia Evdokimova and Egor Bazin, who finished fourth at the Rostelecom Cup in Moscow, mesmerised spectators with a provocative dance, heating up the ice to the tune of Michael Jackson’s medley They Don’t Care About Us/Smooth Criminal.

The duo took to the ice wearing white and black jackets, and in the middle of the routine they took them off, with Bazin remaining in a T-shirt, while Evdokimova flashed a black sports bra.

The ‘striptease’ element has been trending since Russian figure skater Elizaveta Tuktamysheva pulled off the top of her stewardess costume while performing to Britney Spears’ ‘Toxic’ in a bid to attract a male audience to figure skating.

Tuktamysheva said that she wanted to breathe new life into such a ‘conservative’ sport as figure skating:

“It was a breath of fresh air in figure skating because nobody stripped on the ice before me. I see nothing bad in this exhibition dance, on the contrary I think it was a great idea”.