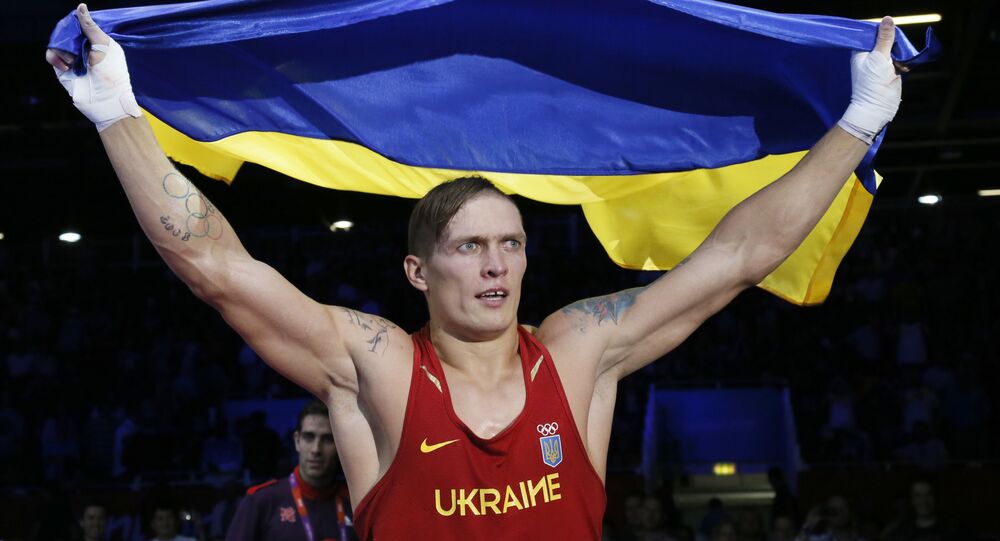 From Villain to Underdog: Boxer Who Fought Apollo Creed's Son Takes on 'Monster'

British boxer Tony "Bomber" Bellew, who played the bad guy in the Sylvester Stallone film Creed, will be hoping to be cheered on as the underdog when he takes on the Ukraine's feared world cruiserweight champion Oleksandr Usyk. Social media is already abuzz with excitement about the clash in November.

Usyk, who is from Kiev, has won all 15 fights — 11 of them by KO — and will be defending all four titles — the WBC, WBA, IBF and WBO belts in Manchester on November 10.

"The world's going to write me off, and the more you write me off the more I want to fight. We will see. I'm going up against the monster, the man who nobody really wants to fight," Bellew said at a press conference on Monday, September 24.

Usyk said he was sure Bellew would not be an "easy fight."

"I'm not thinking about Tony Bellew at this moment, I'm just concentrating on my training camp and thinking about how I will overcome all of the challenges ahead of me before the fight. I'm not a monster, I'm a white rabbit. I picked Tony Bellew because he is the man that takes the biggest challenges. He is not the usual type of fighter that will come, see how hard it is and quit. He will come to fight until the end. These are the kind of fights that the world wants to see," said Usyk.

Bellew, who is from Liverpool and is a fanatical fan of the city's Everton Football Club, appeared in the film Creed back in 2015.

He played "Pretty" Ricky Conlan, a scowling villain, who takes on Adonis Creed — son of Apollo Creed — who is the film's hero and is trained by Rocky Balboa, played by Sylvester Stallone.

Life imitated art in May 2016 when Bellew beat Ilunga Makabu at Goodison Park to win the WBC cruiserweight title.

Bellew then vacated the belt to step up to heavyweight to fight former world champion David Haye. Bellew won the fight and the rematch and is now aiming to win back the cruiserweight title.

Bomber has no fear-His positive attitude has carried him to victory & glory so how can we have any doubts! This fight will be a great one! #LetsGetReadyToRumble ®👊🏻👊🏼👊🏽👊🏾👊🏿for THE UNDISPUTED CRUISERWEIGHT CHAMPIONSHIP OF THE WORLD! #BellewUsyk 10 November-Manchester!🥊 https://t.co/8C1lDXQOag

"Everyone asks why. I was on my honeymoon and for one reason or another I was stood there watching Oleksandr beat up (Russian) Murat Gassiev on a mobile phone. The fight stops, and then he makes the ultimate sin and he says my name, and it didn't take long. As soon as he said my name I knew," said Bellew.

“I think Bellew will outbox Usyk.”

Bellew said Usyk was great boxer who "dismantles fighters and beats them easily".

Think Briedis, Gassiev, Dorticos all beat Bellew, the list goes on, Usyk gonna give Bellew the biggest boxing lesson he’s ever had.

"Make no mistake, he's looking past me already. He might say he's not, but he's already asking (promoter) Eddie (Hearn) ‘Who am I going to fight at heavyweight?' He thinks I'm arrogant. It is not arrogance that he sees, for the first time in his whole career he sees a man looking back at him that believes he can win, and not a man that believes he's just going to lose. I don't just think or believe, I know. I'm going to find a way, I always do. You will have to nail me to the floor, you will have to nail me to the floor to keep me there," said Bellew.

Thanks everyone for the support! 🥊WBO, WBC, WBA, IFB Champion & the inaugural @MuhammadAli Trophy 🏆 pic.twitter.com/VOf4O98FeJ